Prior to the so-called second Intifada (which began during the ‘90’s), it was an easy matter for the Palestinians to cross the border into Israel. Over a 100, 000 of them of them crossed it every day to work there. The second intifada heralded the era of the suicide bombers; with the porous border, sending them from the West Bank into Israel was a simple matter. With the era of the suicide bombers came tit for tat reprisals. The suicide bombers travelled to somewhere in Israel – a shopping centre, bus station, hotel, school – killed and injured lots of people, whereupon the IDF hit back hard. A cycle of killing and revenge was unleashed.

The Israelis began building a huge concrete perimeter wall along the provisional border line between Israel and the West Bank. There were howls of outrage from much of the western media and the Left. The wall was apartheid; it was another version of the Berlin Wall.

Well, what were the Israelis supposed to do?

Allow the suicide bombers to keep waltzing over the border?

Over 2000 Israelis had died and thousands more injured during a decade of suicide attacks. How many nations would accept those sorts of casualties and not take drastic measures to protect their citizens?

Yet on entering the West Bank and passing through the interminable check-points, one becomes aware  of the restrictions imposed upon the Palestinians by the occupation. 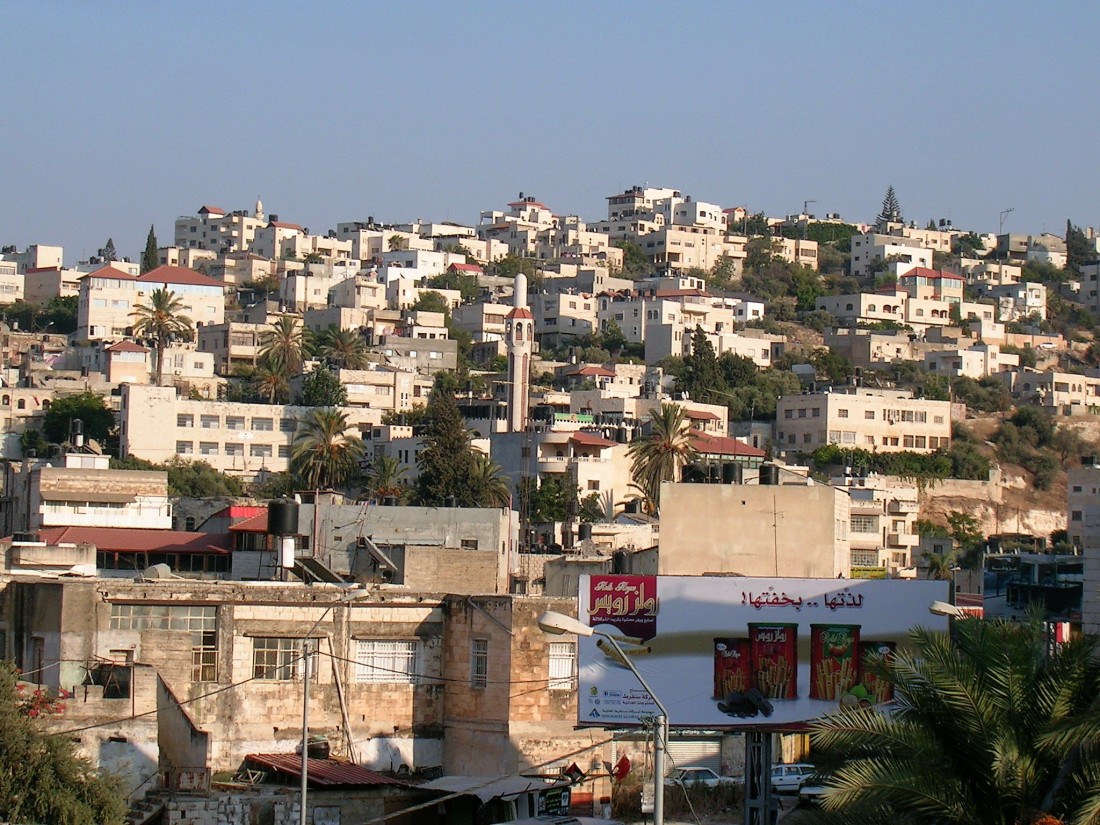 I felt excited on arriving in the West Bank; it was very different both in terms of culture and people.

Old area of Nablus. I found the people on the West Bank friendly and outgoing. I often received invitations to go back to their homes. The mood however was very different out in the ‘refugee camps’; there, the people were anything but friendly although I never felt threatened. 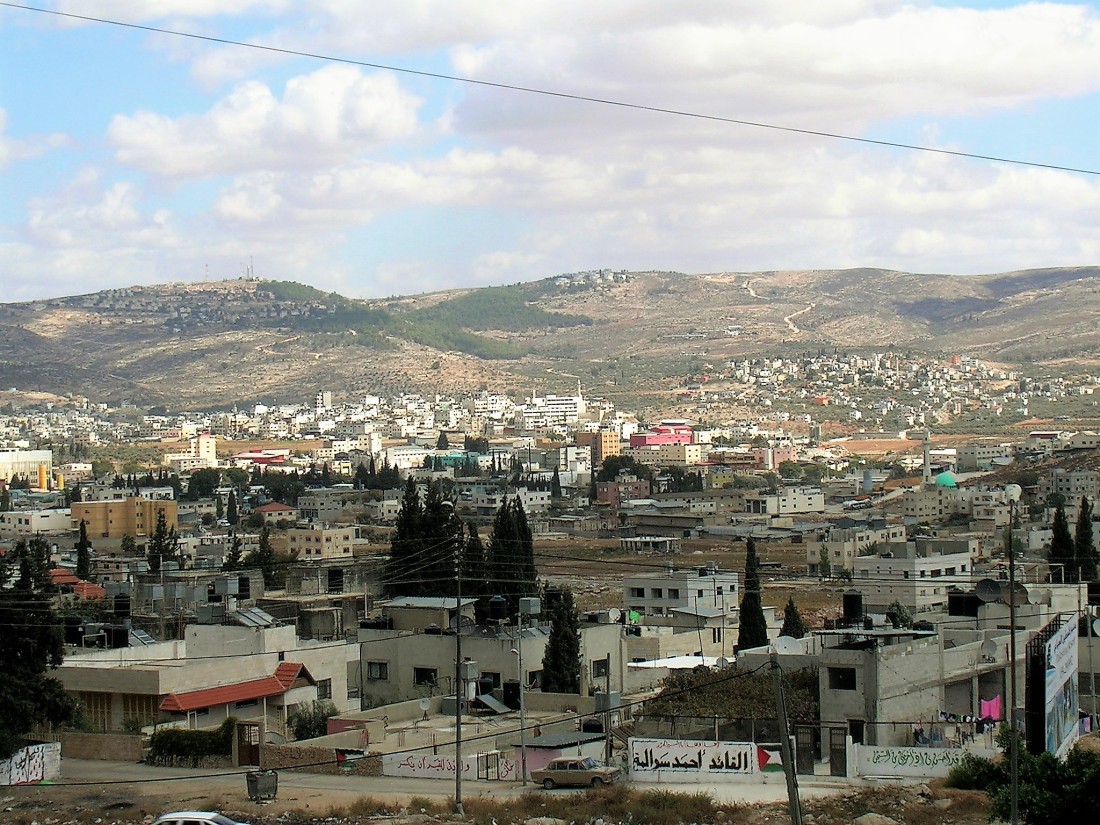 A refugee ‘camp’ at the outskirts of Nablus.

I spent time walking around in this refugee ‘camp’ and the one outside Jenin.  Never was there a bigger misnomer than the word ‘camp’; they are actually separate suburbs.

The original refugees were the Palestinians displaced after the first war between the Arab states and Israel. In 1947 the UN mandated two states; one for the Jews and one for the Palestinians. The Palestinians, backed by Egypt and Syria refused to accept it. Instead they declared war on the newly formed state of Israel. The British general Montgomery had predicted that the Jews would be wiped out within 3 weeks, confronted as they were by the massed armies of the Arabs. After 10 months of bitter fighting, the Jews won. They were in no mood now for a two- state solution. They took most of the territory originally designated to the Palestinians. The Palestinian refugees, wherever they were, lived in the expectation that their stay would be temporary. The Arab world had no intention of accepting Israel; it was only a matter of time before the combined Arab forces, armed and trained by the Soviets, would make another attempt to wipe out Israel. Two more attempts were made and both failed.

The refugees found themselves stranded. In the case of the Palestinian refugee suburbs, the definition of ‘refugee’ is problematic.  65 years after the ’48 war, a refugee is someone who has inherited that status. According to the UN, the children born to refugees are also classified as refugees. Palestinian women marry young and have one of the highest birth rates in the world – on average, 7 children per woman. Therefore, the hundreds of thousands of people living in the ‘refugee camps’ on the West Bank all have a right to return to Israel. The Palestinian refugees have aquired a permanent existence as a dispossessed people. Massive infusions of aid from the UN, Europe and other organisations goes into these ‘refugee camps’. Per head of population the Palestinians are the biggest receivers of aid in the world. In these separate suburbs, the people are permanently imbued with a smouldering anger mixed with a sense of victimhood. Their existence is  necessary for the Palestinian politicians who use them as a bargaining chip in the negotiations with Israel and America – and as a means of rallying sympathy on the world stage.

Due to a web of historical and political forces, the refugee suburbs  became ideal incubation centres for suicide bombers. With the construction of the wall, the suicide bombings came to an end. The middle-aged men from the likes of Hamas who for years  convinced confused young men to take a short cut to Paradise (72 doe eyed virgins) were suddenly out of a job. In the meantime, the thousands of Palestinians who used to work in Israel were also out of a job.  To this day, the cycle of unemployment, aid, a separate existence within the West Bank – provides a fertile seed bed for militancy and hatred.

Even in the children’s playgrounds, the cult of the suicide bomber is glorified

Back amongst the Palestinians in the cities, I was once again impressed by the hospitality and friendliness of the people. But I departed this area of the world with a keen perception of the deep seated problems, the sheer complexities which few people in the West seem to recognise.  There’s always the hope that some solution will be found, but whether there is any cause for optimism here – well, that’s a different matter.

Categories: Israel and the West Bank