These are photos taken of old colour print photos taken in the course of our first trek into the Indian Himalaya in 1979; the photos are 38 years old and even though they have been stored in an album, are little worse for wear to put it mildly. Nor did I take many photos during this trek, considering that it lasted for over a month. I had a very simple Japanese camera and a roll of 35 millimetre film with 36 exposures. Nevertheless – these images give a glimpse of the  Hindu area of the Indian Himalaya as it was then – and which today has changed beyond recognition. 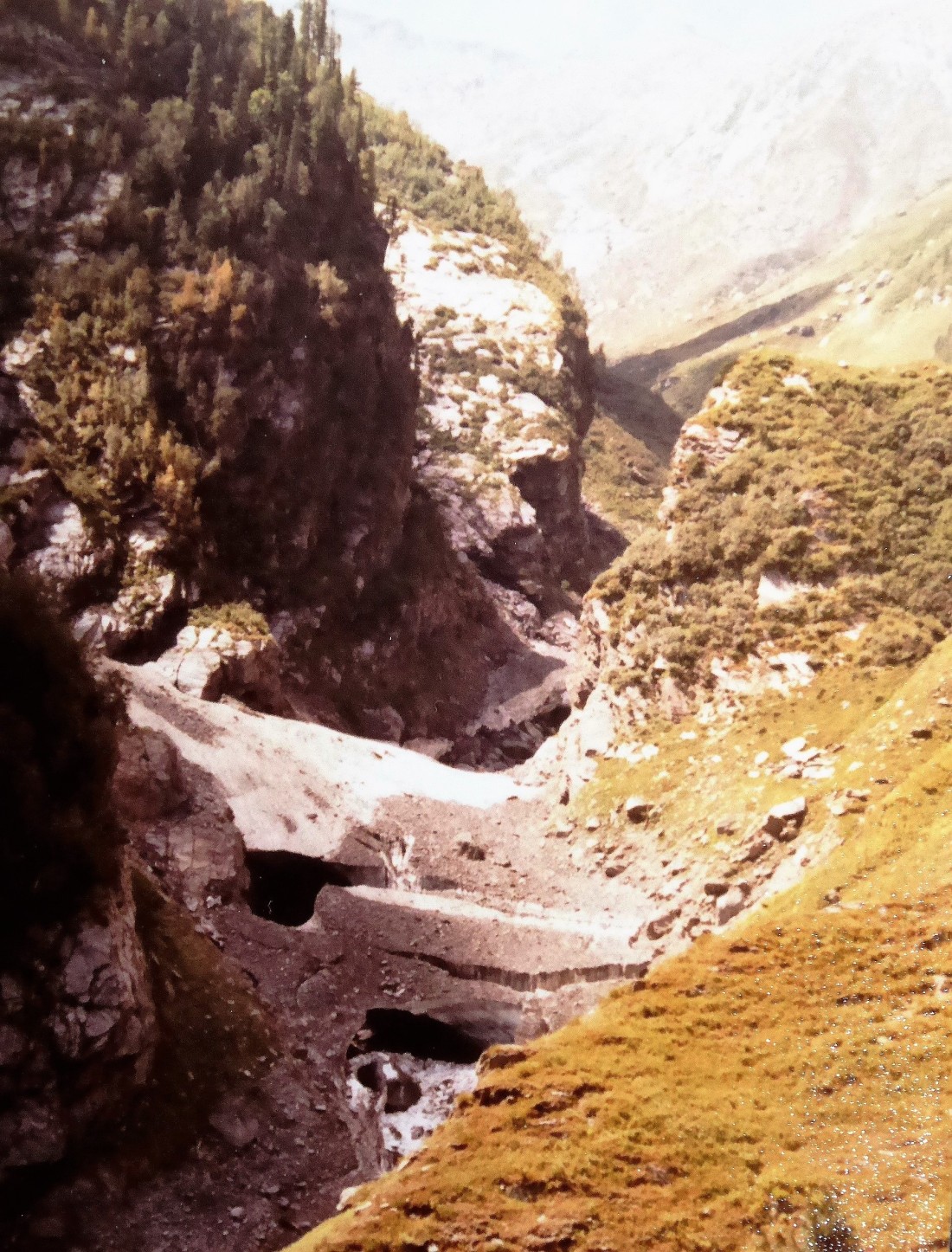 Bathing in pools between blocks of ice and rocks after another long day walking in the hot sun.

Corn drying on the slate roofs.

Shepherd on his way to high pastures

Temple where Shiva and Kali are worshipped 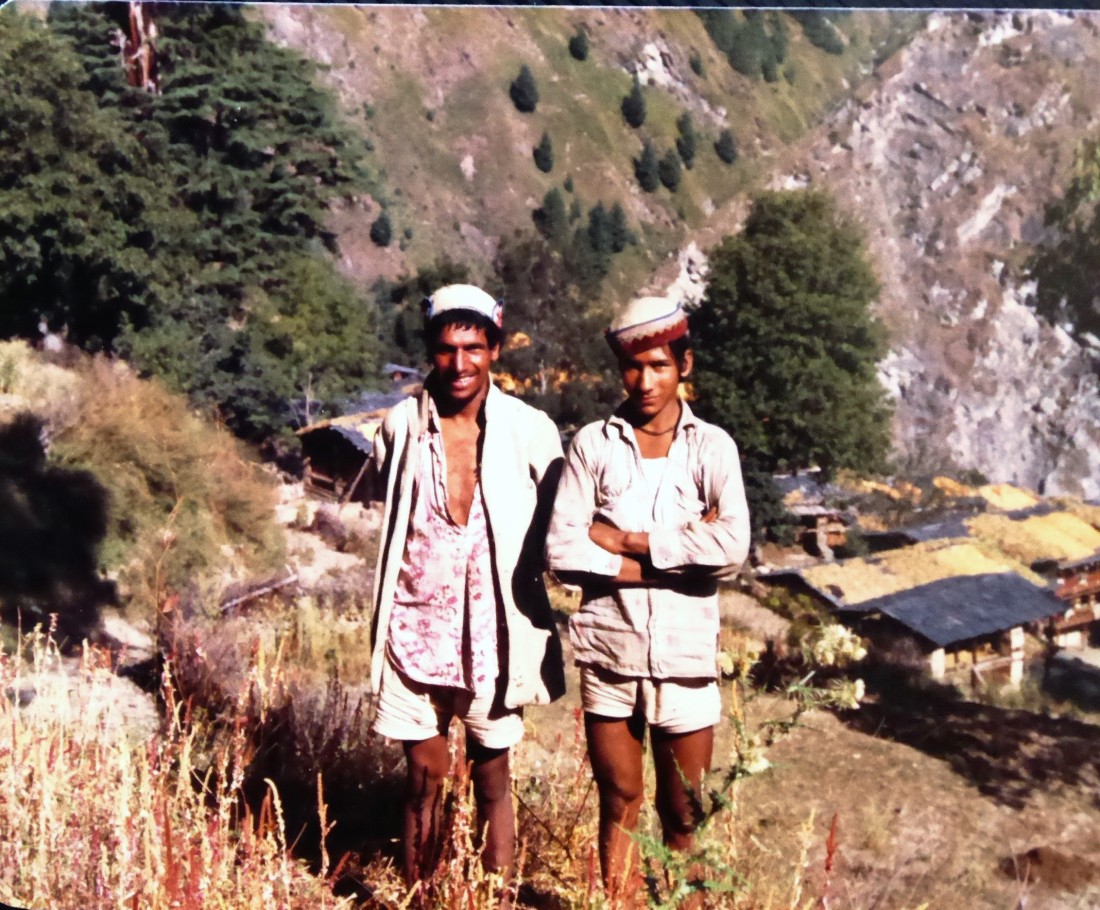 Tagged as: Photos of the Indian Himalaya in 1980