The hidden history of Rijeka -1

Crossed the border into Croatia by train and arrived in Rijeka – the biggest city we’ve been in since Ljubljana. Population 120,000. It’s on the Adriatic Sea and has a harbour. Our first view of Rijeka from the window of the train was hardly impressive: a water front lined with decrepit buildings, chipped and with broken windows; heaps of rubble; rusting old gantry cranes; a scene of neglect and abandonment. There was a mixture of feelings on my part. On the one hand, I thought: ‘what a difference with Slovenia’ and on the other: ‘there’s going to be some good photos here.’

Yes, an odd thing: as a photographer, I feel alive when I find myself in places which are ‘different’ and that often means, a place where the ravages of time and neglect have left their indelible mark. Seeing that waterfront as we arrived in the outskirts of Rijeka, that scene of decay and chaos, my photo eyes came alive and I could feel a twitch in my trigger finger.

Our little apartment – called a ‘studio’- was near the centre of town. It was on the third floor of a 120-year-old building with a marble staircase and wrought iron railing. After dumping our rucksacks and checking our map, we went for a walk. There were many fine, beautifully restored classical buildings dating from the time when Croatia, along with the other nations of the Balkan, were a part of the Austro-Hungarian empire.

On the afternoon of the second day in Rijeka, we walked to the northern end of town, in the direction of the railway station (where we had arrived the afternoon before).

There was a path running adjacent the docks. On the road next to the path there was a lot of traffic. Then I noticed something: the buildings on the opposite side of the road were magnificent!

I couldn’t stop looking at them and taking photos.

Like the historic buildings in the centre they dated from the Austro-Hungarian period, but unlike the ones in the centre, only some of them had been restored.

I was entranced by what I saw.

Rijeka had a hidden history.

It wasn’t on the western tourist circuit, yet it was a beautiful city with some really impressive old buildings.

There were whole back streets lined with old buildings. Judging from the number of these buildings, Rijeka must have once been a flourishing, prosperous city. Looking at some of the old, unrenovated buildings, I thought of the poem Ozymandias from the English poet Shelley:

I met a traveller from an antique land
Who said: Two vast and trunkless legs of stone
Stand in the desert. Near them on the sand,
Half sunk, a shatter’d visage lies, whose frown
And wrinkled lip and sneer of cold command
Tell that its sculptor well those passions read
Which yet survive, stamp’d on these lifeless things,
The hand that mock’d them and the heart that fed.
And on the pedestal these words appear:
“My name is Ozymandias, king of kings:
Look on my works, ye Mighty, and despair!”
Nothing beside remains: round the decay
Of that colossal wreck, boundless and bare,
The lone and level sands stretch far away.

The staircase up to our apartment.

Leaving our building and entering the street.

Walking around the historic centre of Rijeka: 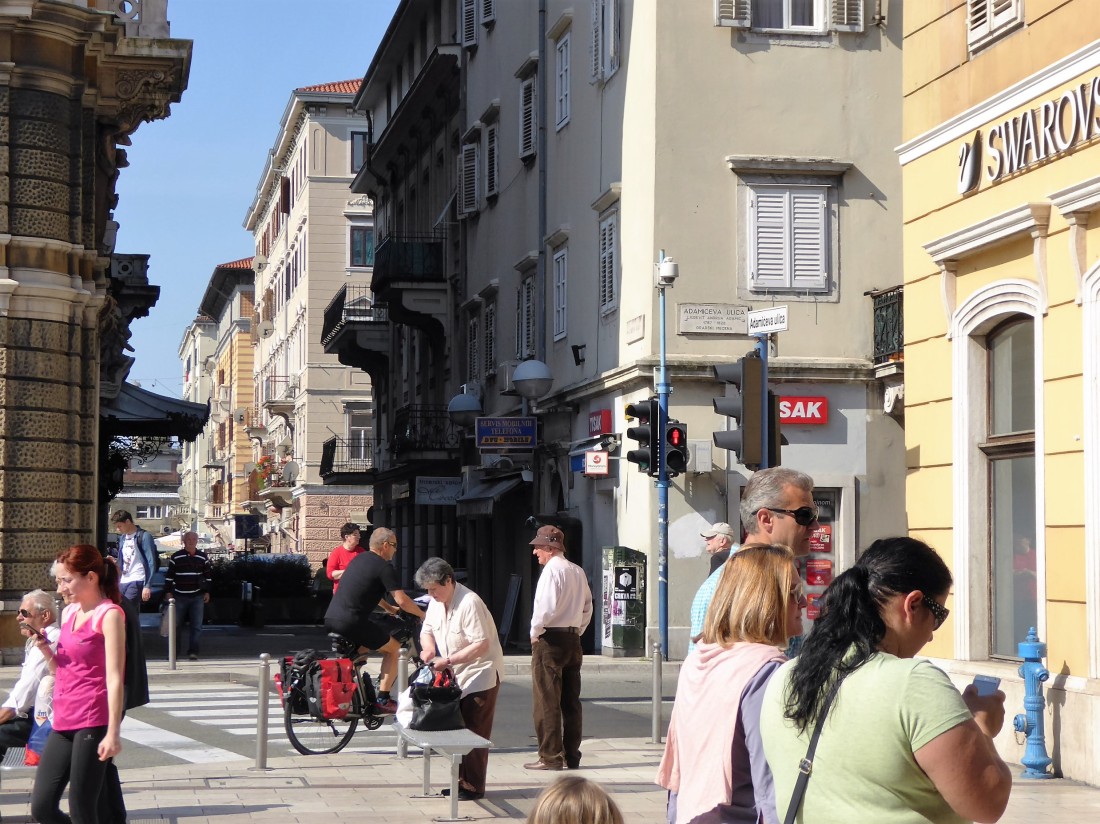 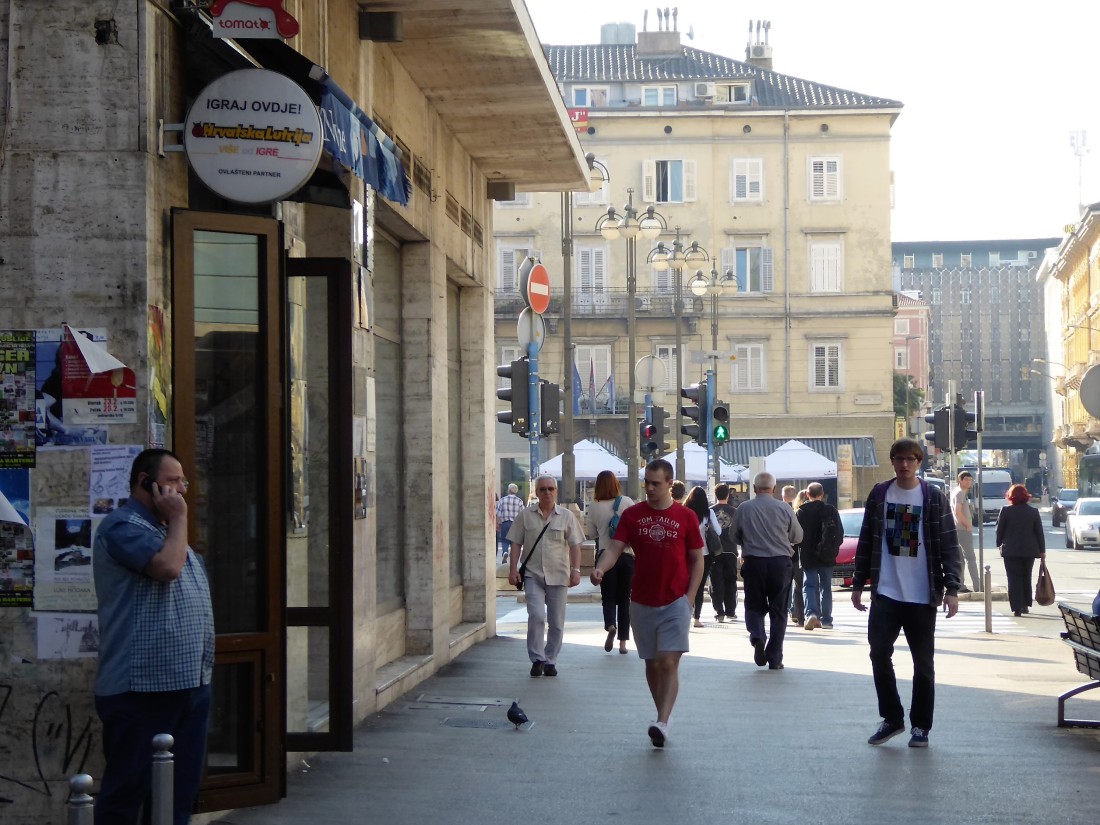 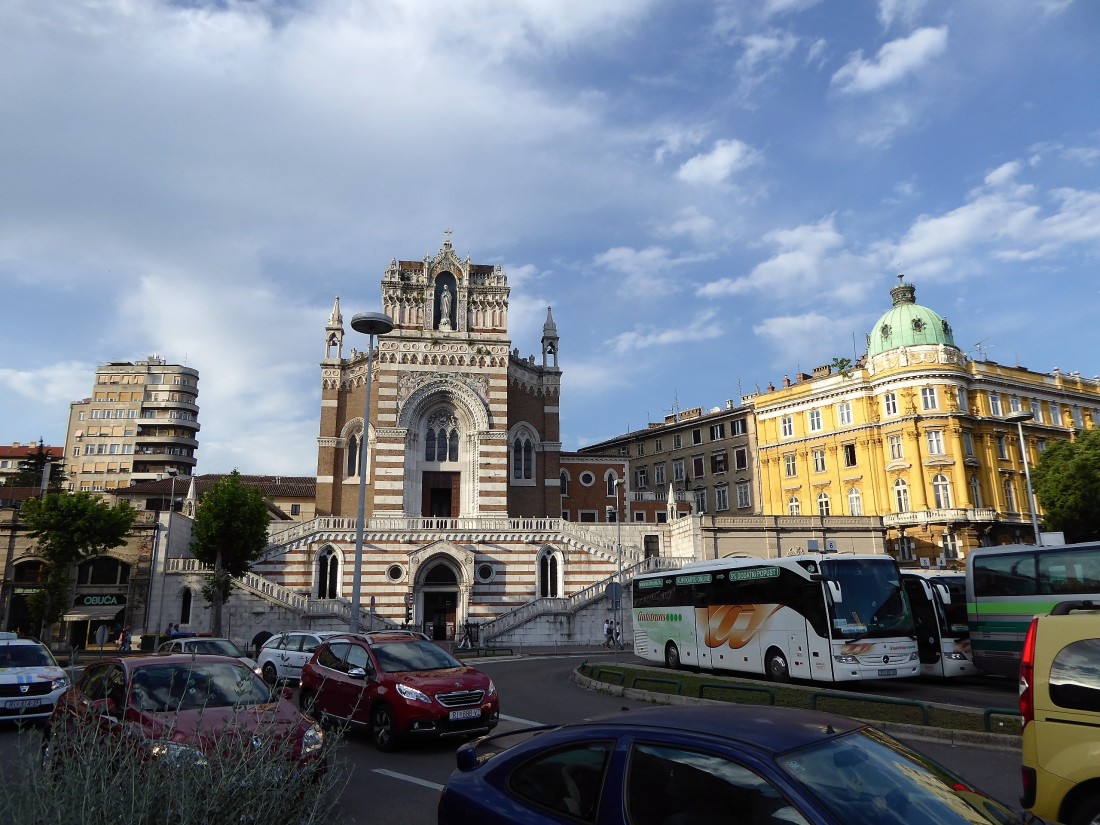 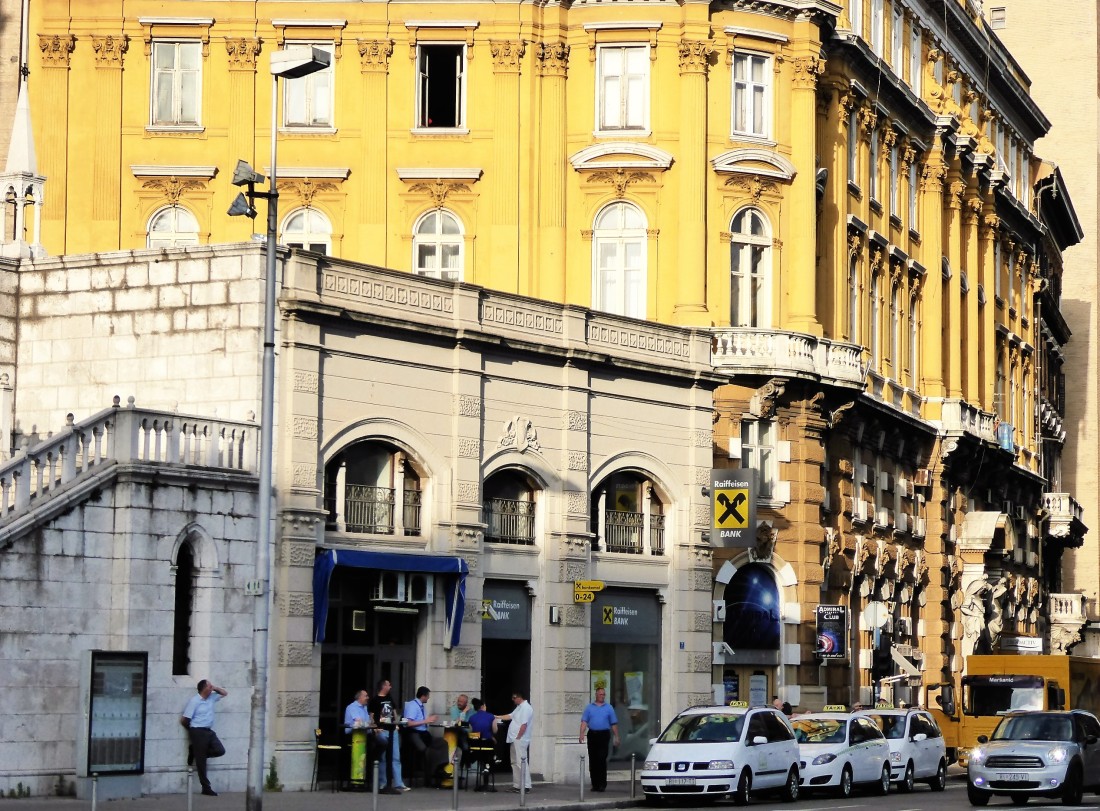 And then on the second day walking towards the northern end of town…..and an ‘antique land’… 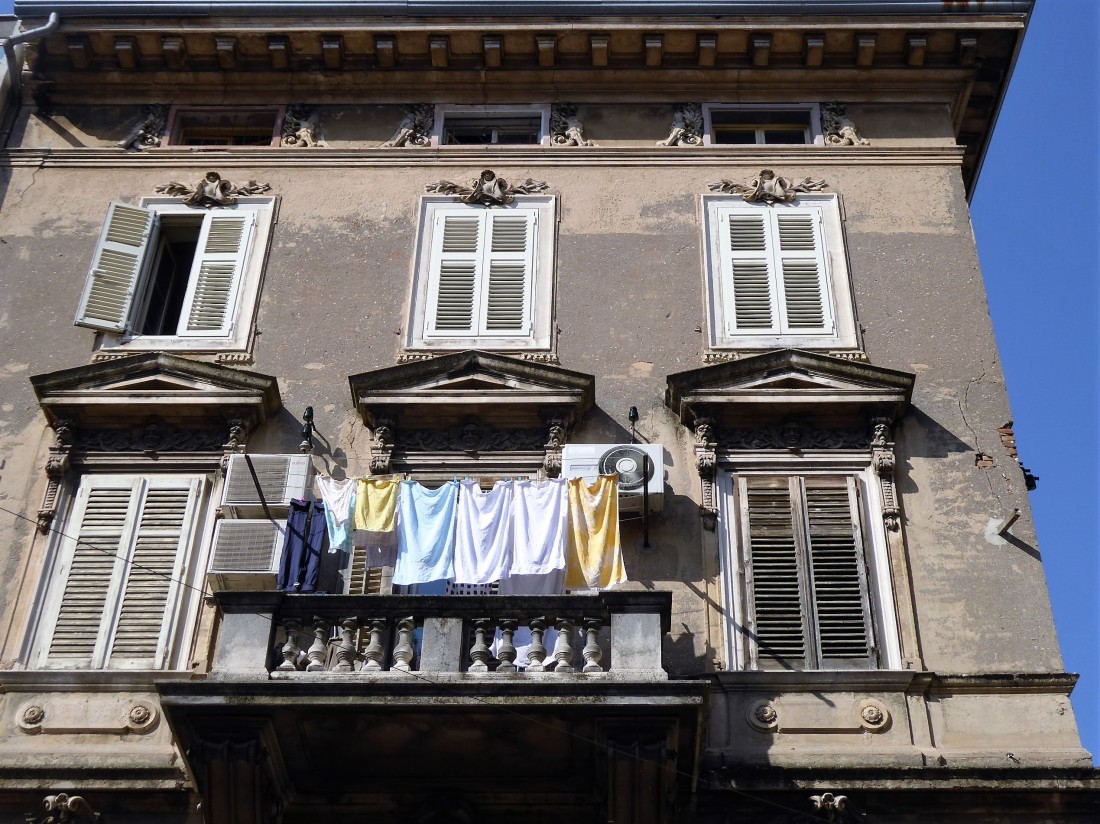 More images from Rijeka in the next blog……