Anyone who goes to Chile, arrives in Santiago and travels south to Patagonia.

Chile however is a long slither of a country – 2000 kilometres from north to south – and  bordered in the east by the Andes and the west by a profusion of islands, bays and fiords. 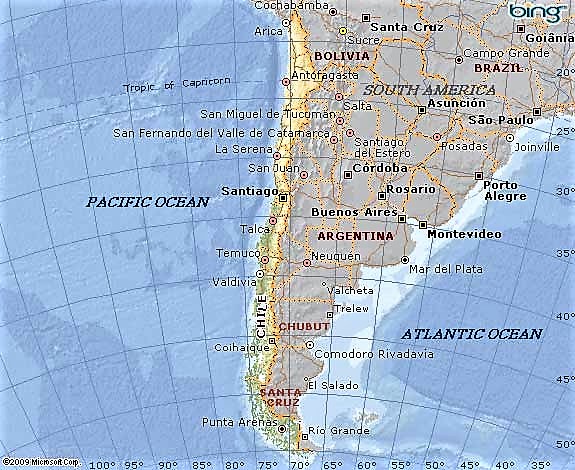 Some people fly from Santiago directly to Patagonia.

Anya and I took local buses from Santiago and stopped at towns on the way and where possible took local mini buses out to small places near the Andes and went walking. So we made our way in increments to the city of Puerto Montt, which marks the commencement of Northern Patagonia. From there we travelled slowly south to Northern Patagonia, stopping where we could to look around and go walking where possible.

Travelling like this involves a lot of long bus trips and, after Puerto Montt, a lot of travelling on ferries and some of these ferry trips are long.

Travelling from town to town on local transport involves spending time at bus stations and these vary considerably depending on where you are. One advantage for us was seeing local towns which were right off the standard tourist trail.

I wasn’t very impressed with the Chilean cuisine. Many Chileans eat junk food, though the situation isn’t mildly comparable with The Philippines. Fresh fruit and vegetables are often available and especially in the larger towns, the supermarkets and shopping centres are very modern. Chile is the most prosperous nation in South America.

Chile is a prosperous nation by South American standards, but there is also a high level of inequality and no shortage of poor people. It is this which triggered off the national riots which erupted during our visit.

Two bus stations in one day, from the large and modern, to a small regional station….

Walking the Andes on the way to Puerto Montt….

Lying so far south, Patagonia is characterised by freezing temperatures, miserable weather and heavy mists. Fine days are the exception and certainly not the rule. At the local shops and supermarkets it is noticeable how many bottles of alcohol are on sale. 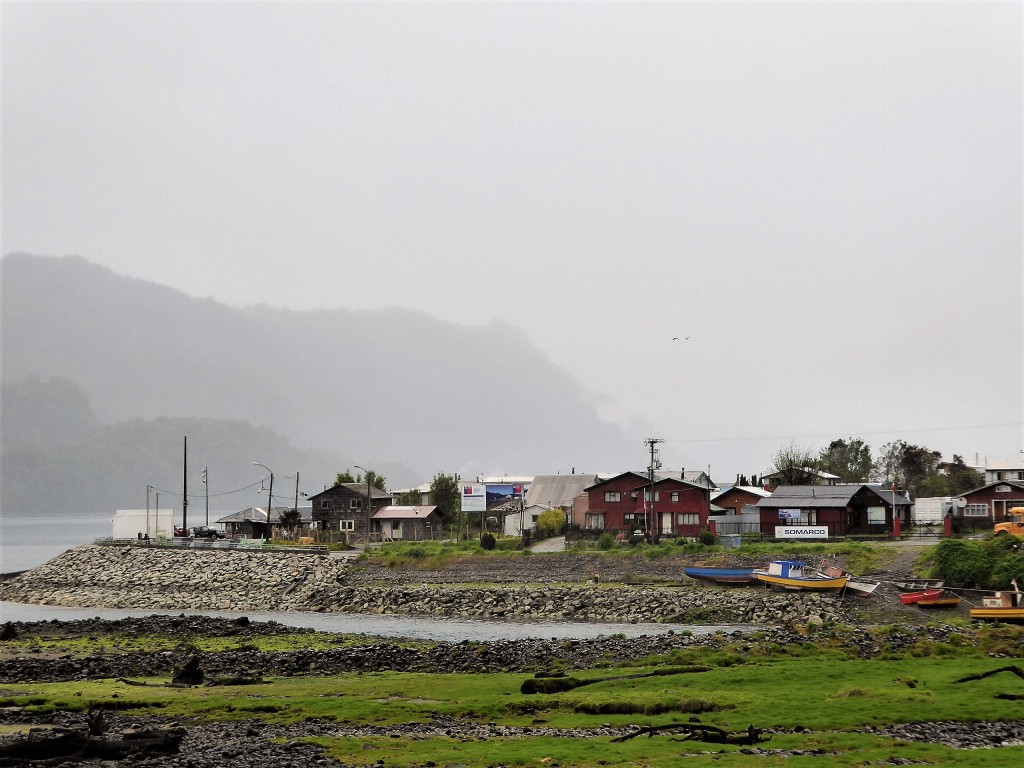 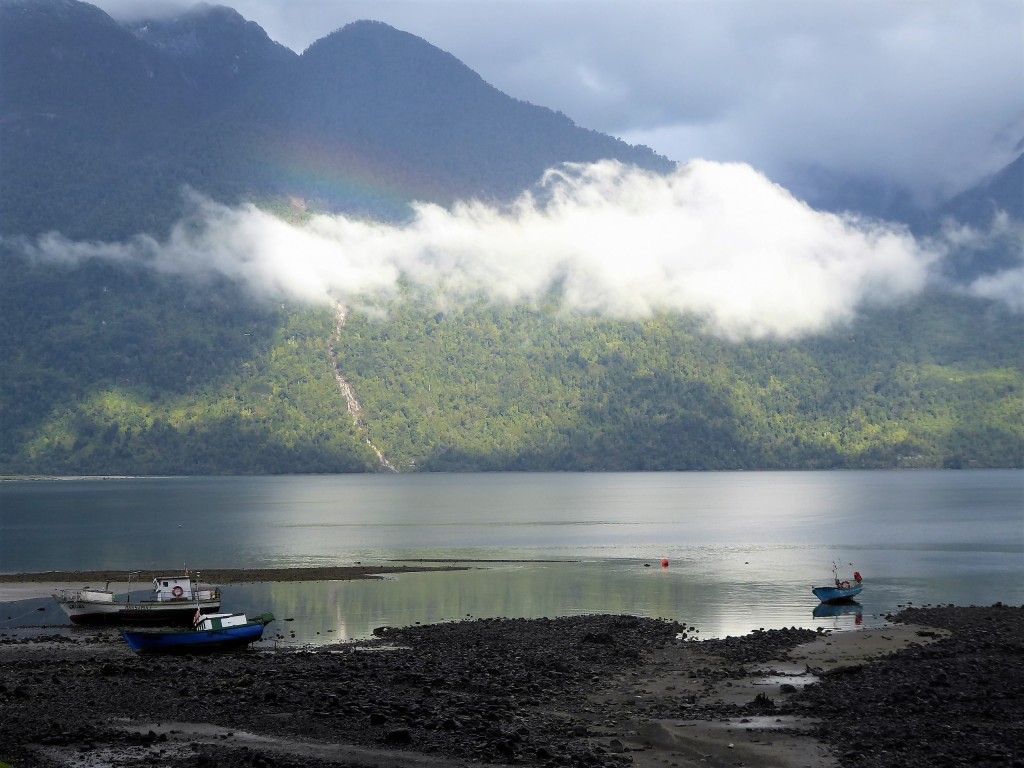 Travelling in Patagonia means spending a lot of time on ferries. The terrain is extremely mountainous and impossible to construct roads.

When the sun appears, a grey, cold, misty, country sparks into life…. 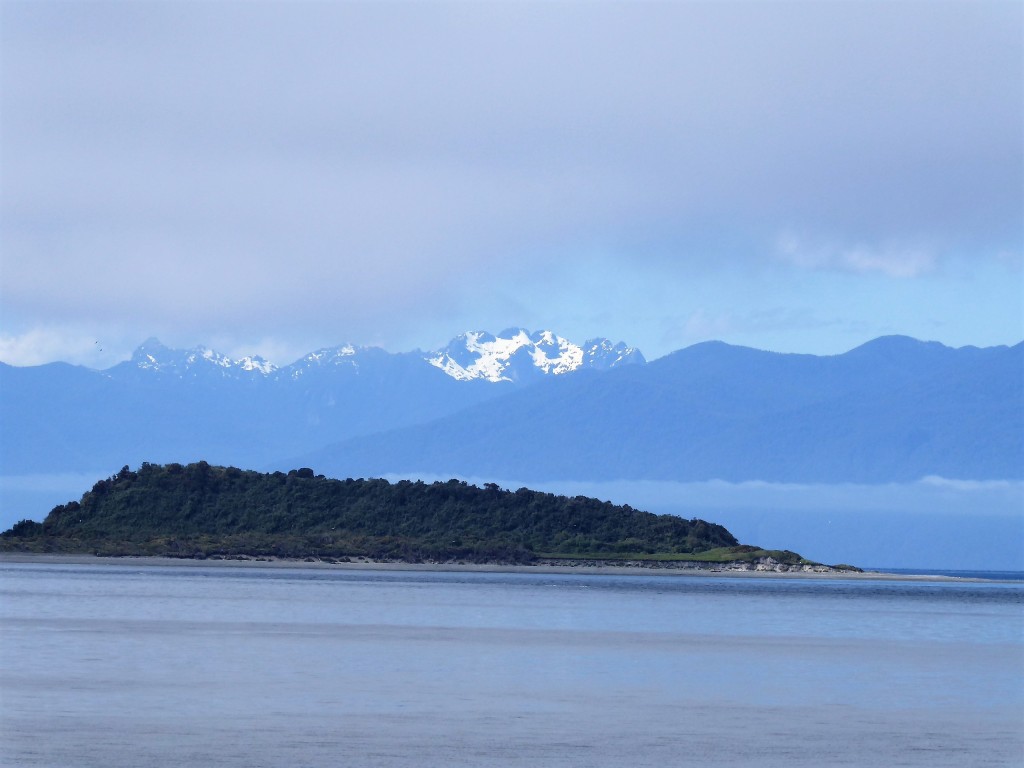