Ko Sukorn lies in the Andaman Sea, near the coast of southern Thailand; a little further south is Malaysia.

There are lots of islands in this general area, many of them popular with tourists and undergoing rapid development.

But things on the Ko Sukorn have moved slowly despite the beauty of its coasts and jungles. One factor is transport; to reach the island, one has to take a local long tail boat from the mainland and share the small cramped space with supplies and local villagers.

Those who visit Ko Sukorn are mostly elderly northern Europeans looking for somewhere quiet. They often stay for months on end. It’s quiet out on the Island alright. There´s no night life of any kind.

Peace and quiet is something Thailand has never catered for, even though the potential market is huge. There are millions of people who don’t want the hyper tourist scene but no one in Thailand seems to have realised this. Ko Sukorn is a metaphorical Robinson Crusoe among the gamut of Thai tourist islands.

How long this situation will continue is a moot point. One reason why change might be delayed for a good while yet is the character of the local Islanders. They lack any trace of the entrepreneurial spirit. They seem to be rather content with their lives. Social and family ties are strong. Most people know each other. There is no glaring poverty and as yet, no conspicuously wealthy. Some people have better homes than others. But with the absence of all the trappings of the consumer culture, an egalitarian society is still the defining reality of the island.

Scenes from the ´main street´ of the main town: 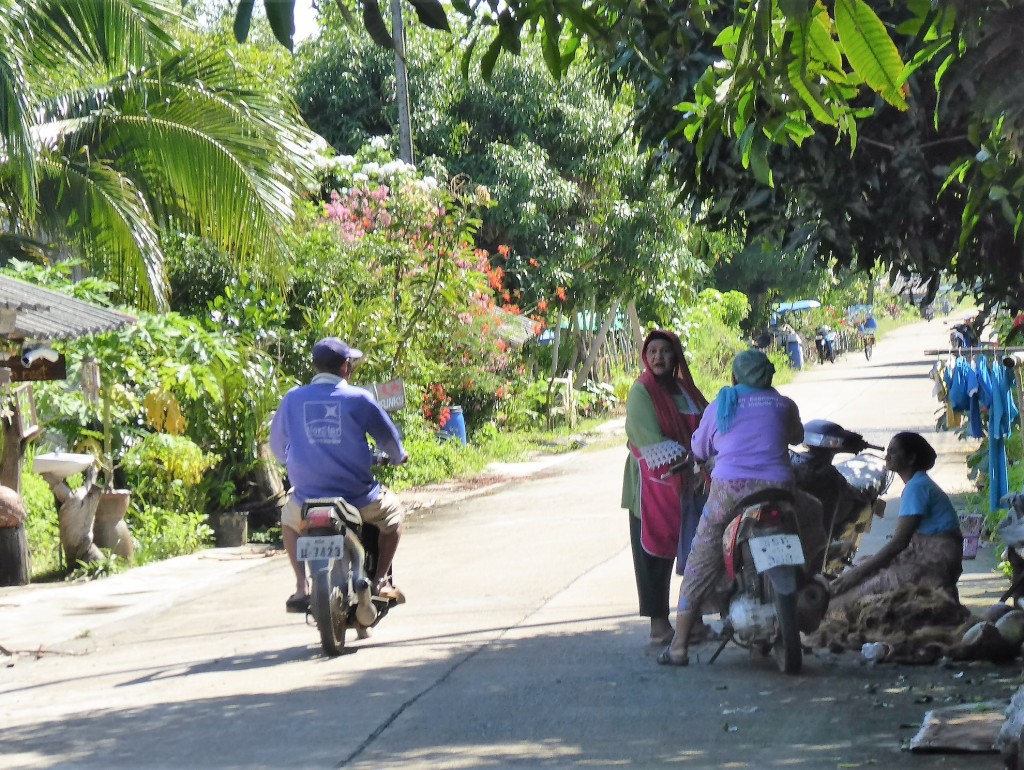 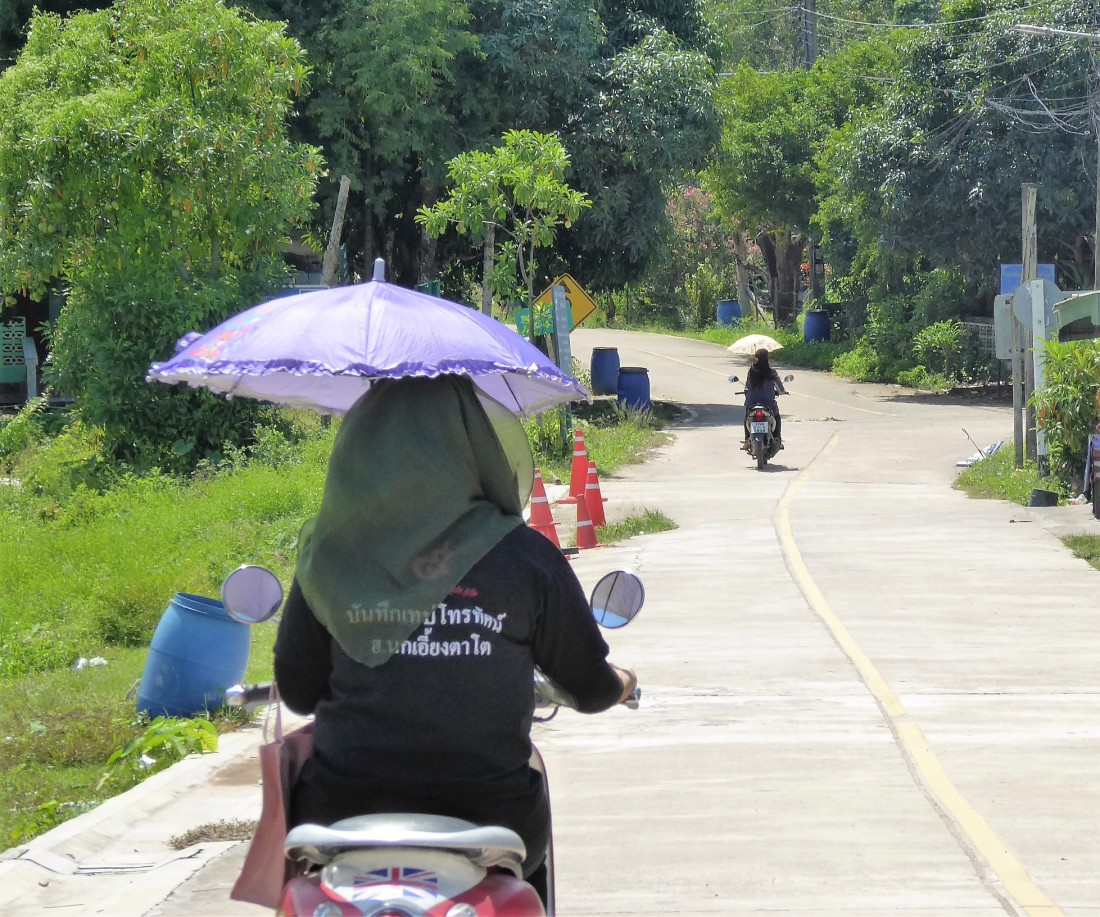 The predominant religion on the Island is Islam, but it is a very relaxed form of that religion – quite different than on the mainland, where the burka and niquab are commonplace. On the Island, Buddhists and Moslems mix freely. 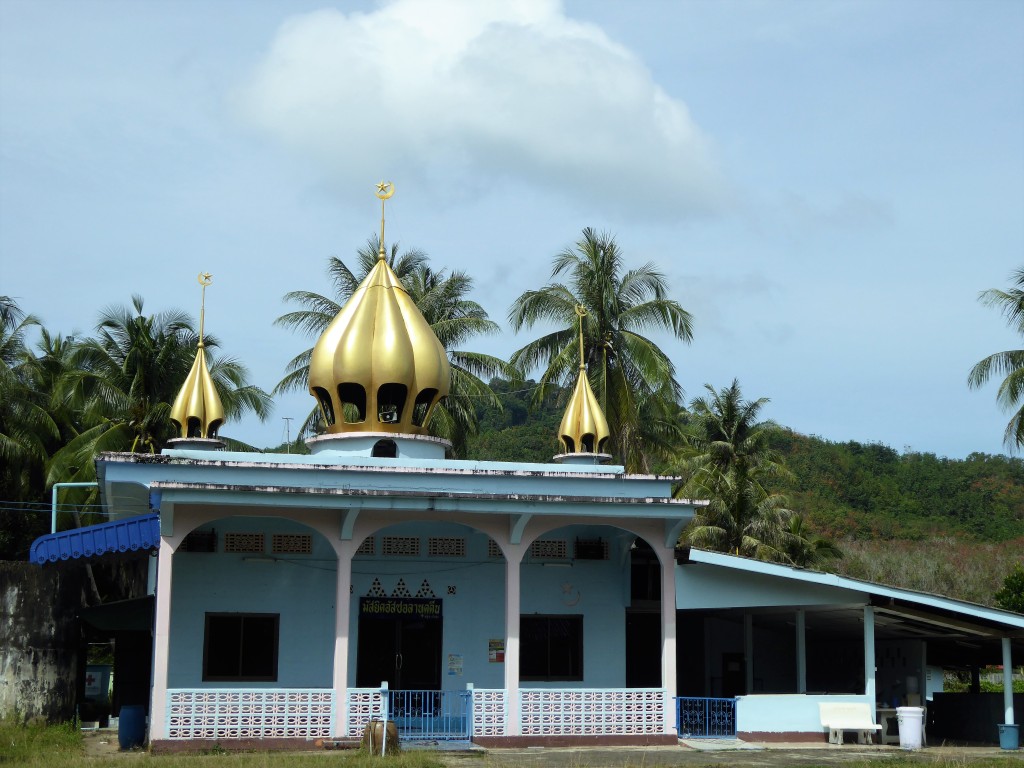 From almost every coast of the Island, there are fine views….

Our favourite stop on the Island where we often had a meal and looked out to sea…. whilst the proprietor listened to jazz on her little radio

Some people prefer to get around on bikes…

Because of the prevalence of Moslems, there are no dogs, only cats.