In 1987, Anya and I set out to cross the Great Himalayan Range and enter the region of Zanskar.

Prior to this, our trekking had been east of the Great Himalaya Range, in lower, pine forested valleys. On the other side of the Great HImalaya Ranges, above the tree line, people belonging to the Tibetan Buddhist faith lived.

Zanskar was one of the five Tibetan Buddhist regions – the others being: Ladakh, Lahaul, Kinnaur and Spiti. Sparsely populated by people who spoke a Tibetan dialect and worshipped the Dalai Lama, these regions were left marooned on the Indian side of the border after the Indo-Chinese war in 1962.  Their traditional way of life had remained unaffected by the geo-politics of the region. They lived in their villages of flat-topped, mud brick houses, irrigated their little barley fields with glacial water from the high peaks and ploughed them with yaks and sent their sons to the white washed monasteries perched on top of cliffs or ridges. Our journeys into these areas – carrying all our own equipment and supplies (we never used horses, porters or guides) spanned a period of 15 years – until 2002, when we went on our last trek.

These photos are reproductions of photos taken with 35mm film. 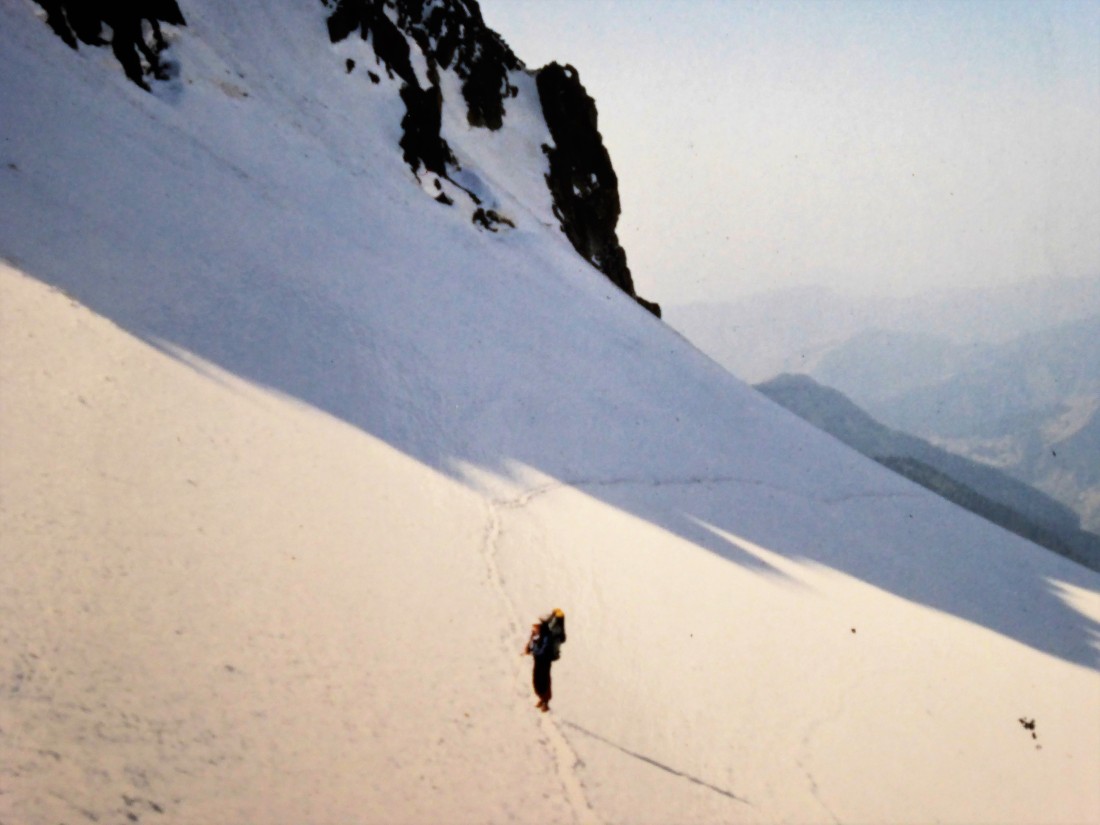 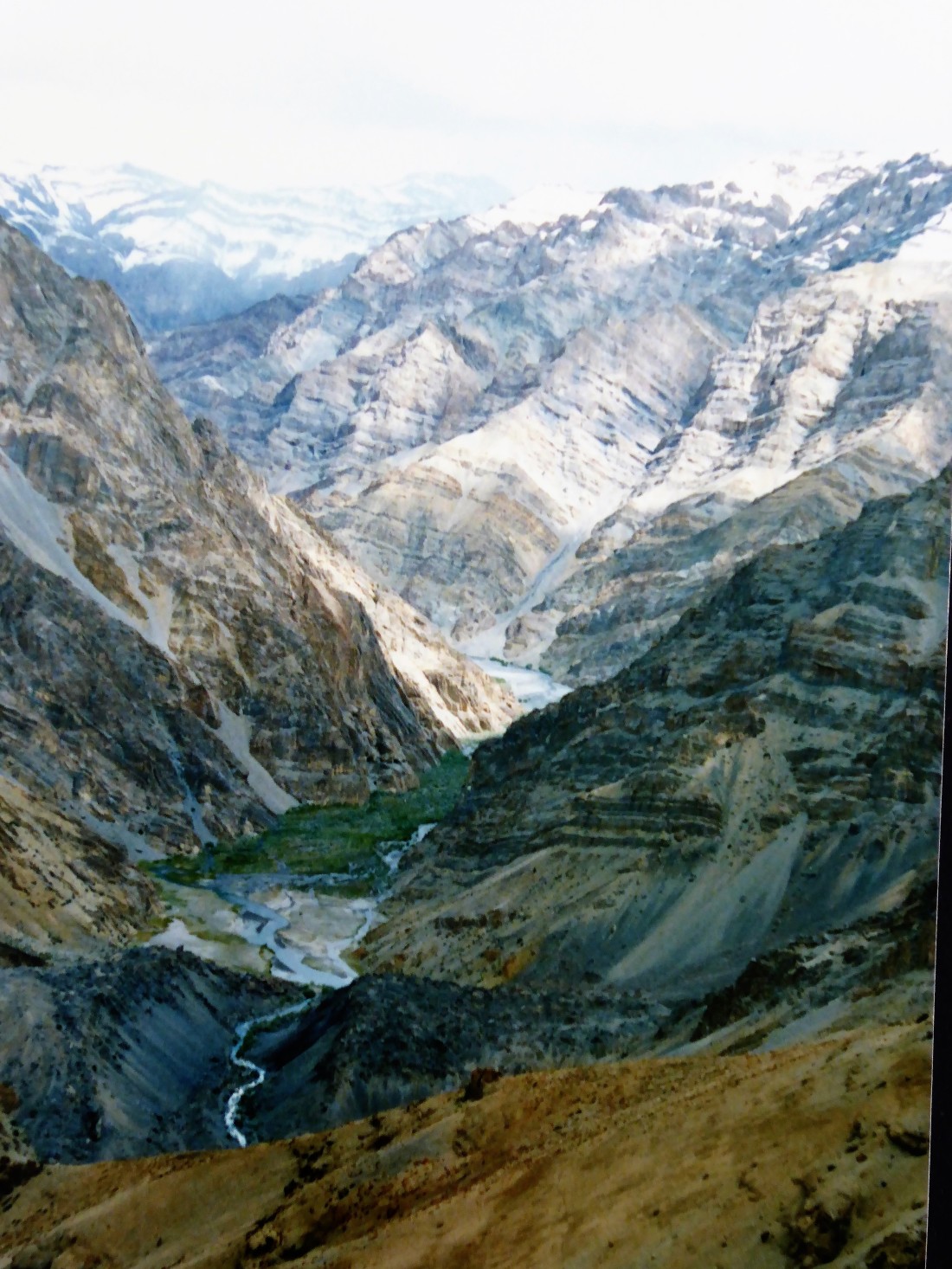 The fields at the bottom of this ravine – on the left – give a good indication of how isolated many of the villages were in those days.

A good example of the high attitude ‘moonscape’ which is commonplace here.

A nomadic shepherd passes us one evening…

It was the easiest place in the world to get lost in, which was why were there

Washing in a glacial stream was no joke; necessary, but…

A furnace in the middle of the day, an ice box at nights

That timeless symbol of the Buddhists everywhere, the stupa 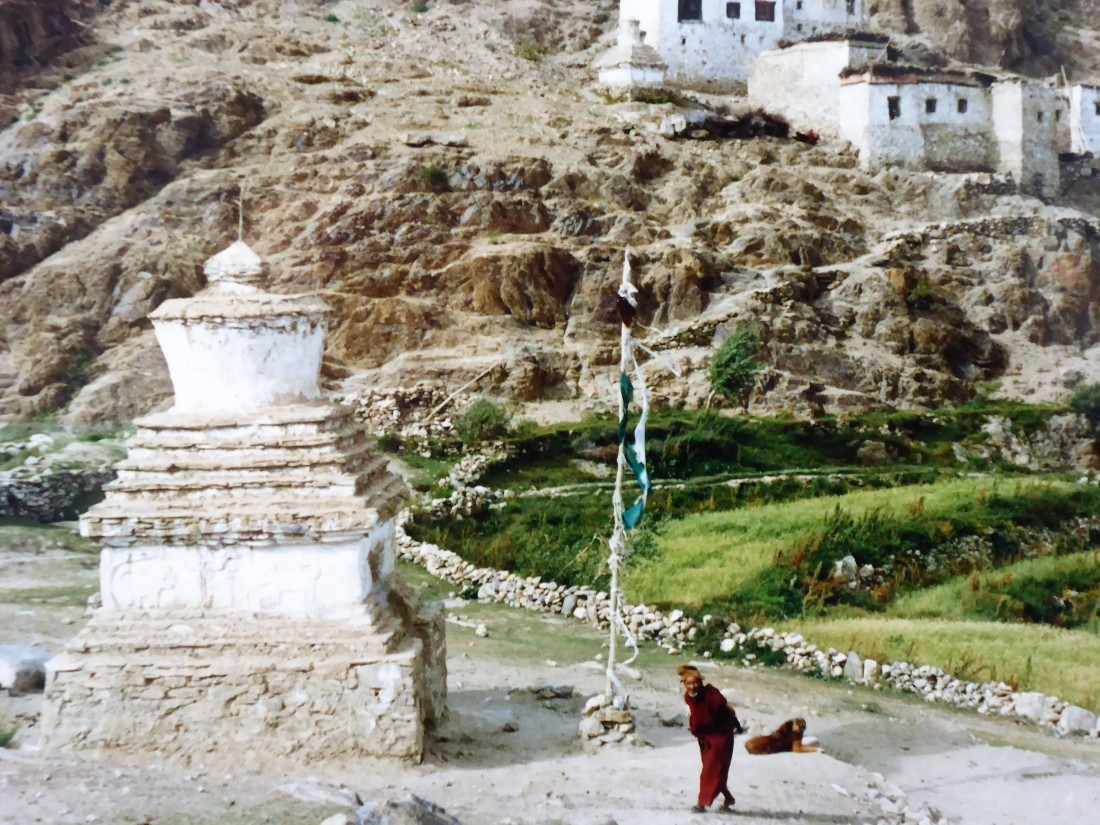 Monastery in a small, remote village

Next blog, Trekking in the Tibetan Buddhist Himalaya, Part 2:

Tagged as: photos of trekking in the Indian Himalaya in the late 1980's/early 1990's, serious travel images, Tibetan Buddhism