The flight to Innsbruck took just over an hour.

It was enough to bring home to me the great thing about Europe – a short flight and I was in a different country.

Both The Netherlands and Austria are prosperous, western nations, yet they are so different – not only because of the language, or the dramatically contrasting landscapes: Austria, mountainous, with a population of 9 million; The Netherlands, flat or below sea-level, half the size and with twice as many people.

The culture was different – it was this which above all impressed me as I wandered about Innsbruck late on a Saturday afternoon. There was this wonderful, liberating feeling of being somewhere else. It was something one could feel, something beyond words, either written or spoken. A different people, a different mentality; it was something one felt when one spoke to the locals, asked for information, or watched them walking down the street or talking to one another. Or looked at the goods for sale in the shops. 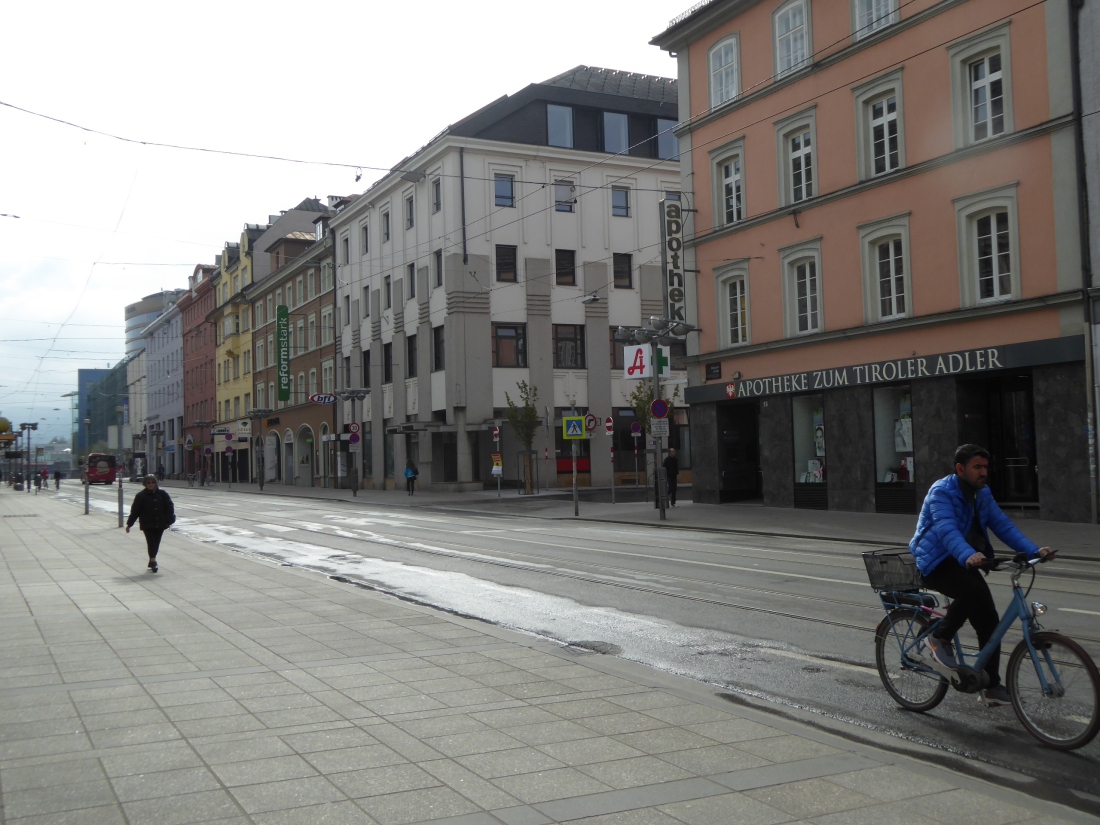 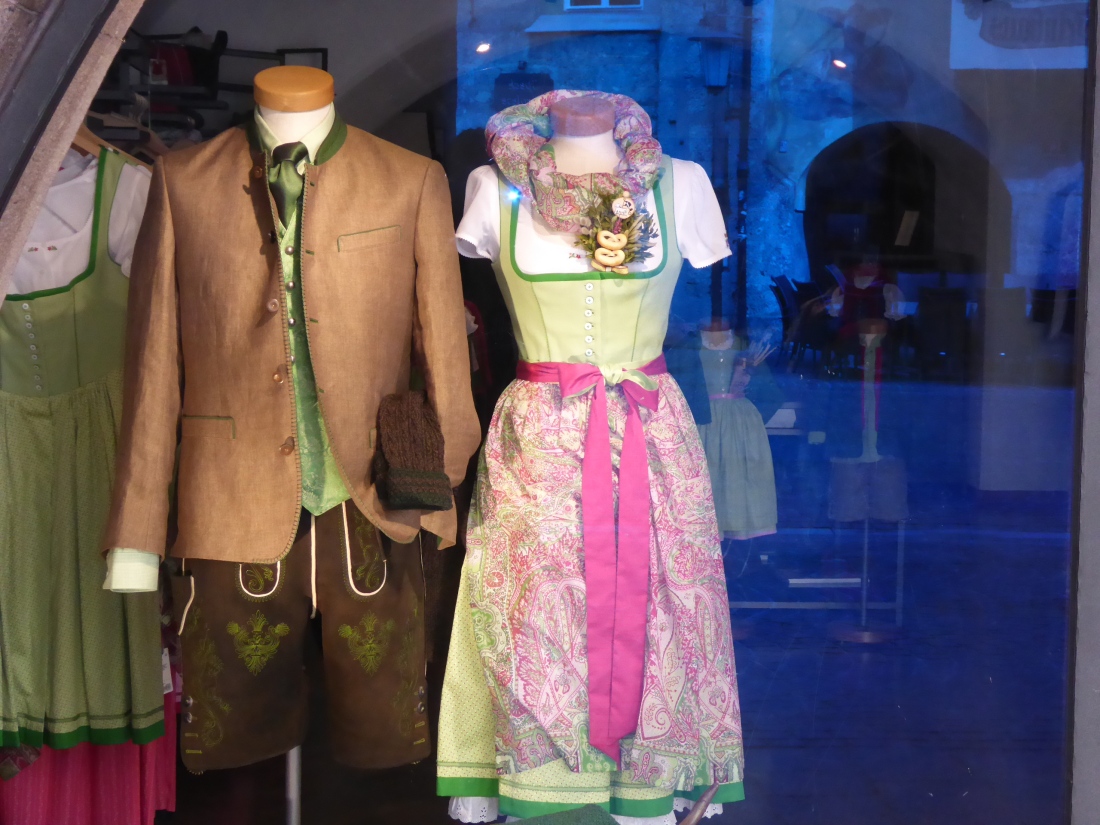 Most of the shops were closed. The streets were empty. There was not a paper or scrap of plastic or any kind of trash to be seen anywhere. There was no graffiti. In Rotterdam – or any other big Dutch city for that matter – all the shops were open on Saturday and Sunday – and as for trash and graffiti, that was everywhere. That was normal in most cities in the world.

Austria and especially the mountainous south, the ‘Tirol’ area, was more conservative than The Netherlands (which I realised at the same time, was far more cosmopolitan) and as I found in the following days, more Christian. Walking around Innsbruck, I delighted in being in a very different kind of city than Rotterdam (although in fact Innsbruck is more like a big town than a true city).

On Sunday morning – Anya slept in – I walked to the old town and took some photos. Everything was very quiet and only the tourists were out and about.

In the afternoon we got a train to a small place called Niederau. We had booked a room in hotel called the Auhof. It was high up on a mountain side and quite a walk with our heavy rucksacks from the local bus stop. The man running the place was an Englishman; he was very friendly and seeing as there weren’t many guests, gave us an apartment at the top of the hotel (which was normally far more expensive than the room we had booked.)

We didn’t complain: the view was fantastic. 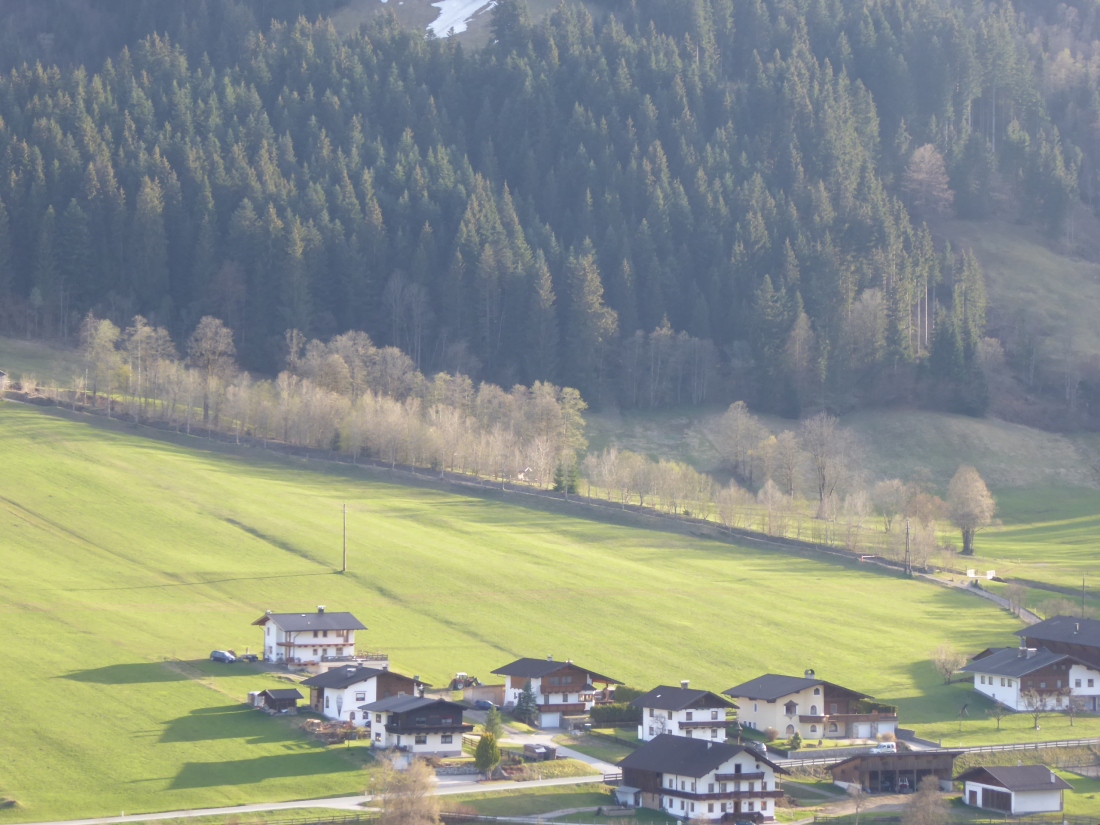 Walking through the countryside, I noted that at the sides of the unsealed roads, where freshly melted ice water lay in pools, there were masses of frog spawn. I hadn’t seen anything like this in many years. Frogs are very sensitive to their environment and vulnerable to pesticides and pollution. When I was a kid I saw frog spawn in the creeks near our home; then the suburbs moved in and Nature was rolled under by the roads and houses.

Seeing these masses of frog spawn at the sides of the roads was a testimony to how clean the environment in the Tirol is – and a real tribute to the respect that the local people show towards their environment. 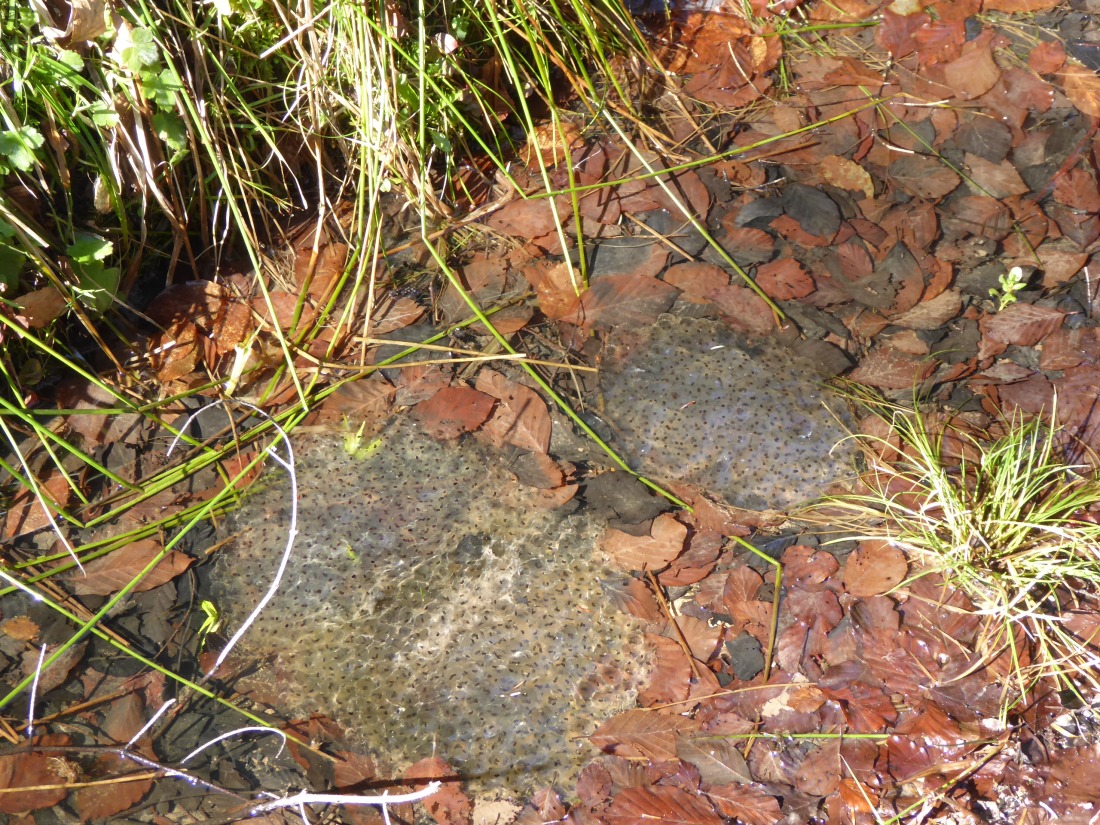 From Niederau we had a long day on the train, followed by two bus trips to reach the east of Tirol – this is the section of Austria which protrudes out like a finger and as we discovered,  one of the most spectacular areas of the mountains. Directly to the south are the Dolomites of Northern Italy.

April/May is our favourite time to be in the alps because it’s between the skiing season and the start of the summer and the European holidays. There are very few tourists about at that time of the year. At the same time, there are far fewer pensions, hotels and home stays open; accommodation, and especially affordable accommodation,  is harder to find (Austria is an expensive country).

We saw no one on the trails. 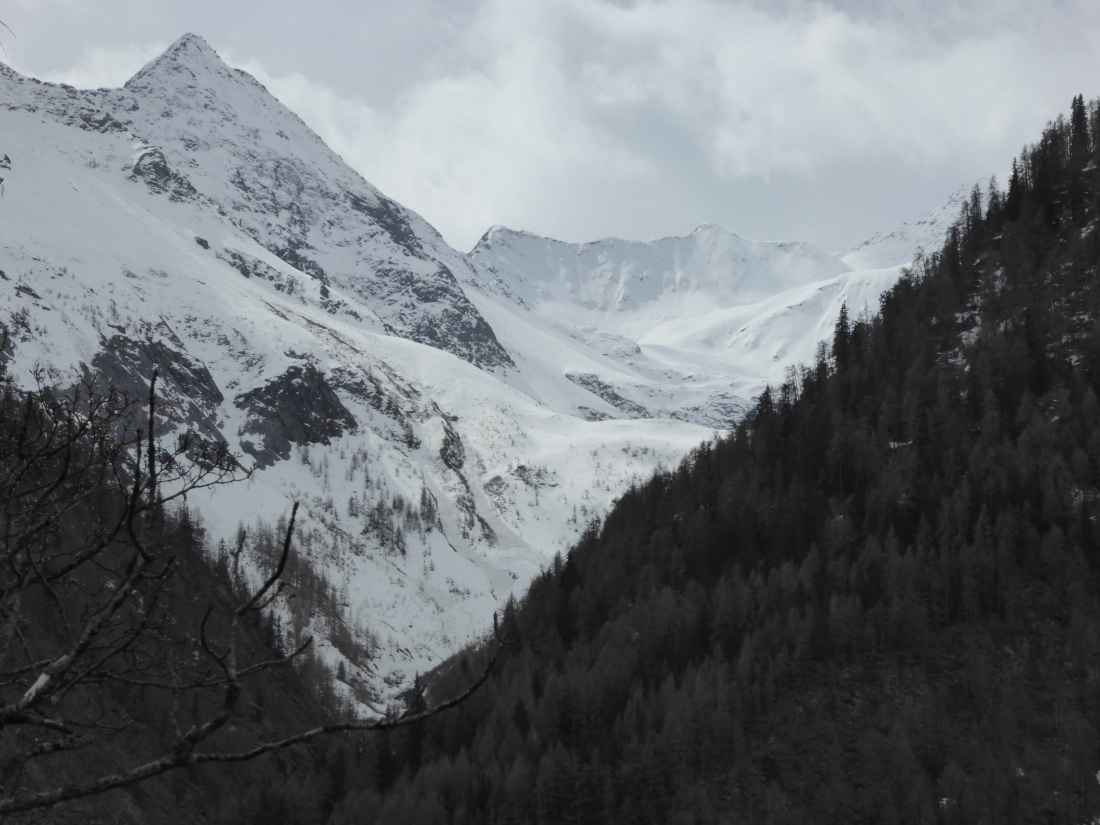 The walking trails in this part of the Tirol are excellent and various maps can be bought. We couldn’t get to the higher areas because of the snow and the danger of avalanches. We stayed at a farm which had only three rooms for rent – the ‘Klampererhof’ near the village of Virgen.  It was a fine place to stay and most amazing of all was Agnes, the wife of the farmer who takes care of the accommodation side of matters.  She starts every day singing – and working. She is an incredibly positive person who makes her own jams, teas, juices; looks after a very sick mother in law, chops wood and helps around the farm. And helps tourist like us find new trails to walk along!