Living with the locals in Belarus

One evening, whilst staying in a city called Vitebsk, in eastern Belarus, Anya was on the internet and  saw an apartment come up on Booking.com in a town called Gorki.

We got out our map of Belarus and looked it up.

It was small and situated south east of Vitebsk.

accommodation is hard to find in Belarus, so we booked the apartment – and then spent quite a lot of time working out how to get there by public transport.

Two long bus journeys were required, with a two hour stop in between.

We wondered about what kind of apartment it was. It was 10 Euros a night. The only reviews were in Russian and they were positive. But in Belarus, accommodation is scarce so we thought: ‘ok, lets  give it a go!’

Arriving at a modern bus station (much of the infrastructure in Belarus is excellent), we stood around like lost sheep. No one speaks English in Belarus. Anya sent a text and about ten minutes later, a middle aged woman appeared in the waiting room and addressed us in Russian. When we smiled and said ‘no Russian, sorry!’ she raised her voice, thinking that if she spoke loudly and slowly, we would understand her.

It was an amusing situation, one we have experienced before. People unused to foreign tourists find it hard to  understand that there are people who don’t speak the same language as they do. In any case, our rucksacks were a bit of a give-away and with the translation service on our mobile we were able to establish a basic communication.

The woman motioned for us to follow her. We were expecting to have to take our rucksacks off and get into a car. But no, the idea was that we were to follow her.

She walked at a brisk pace.

All we knew was that we had booked an apartment but we had no idea where it was. We followed her along a busy road; then she suddenly swung to right and we found ourselves entering a maze of apartment blocks, most of them old and run down. We soon lost our bearings. It was as if we crossing an invisible border and treading a strange new land.

She stopped at one block, opened the main door, a heavy iron affair, and we followed her up a narrow flight of dusty, worn, concrete stairs. Finally we reached our apartment. A small entry hall, where we took off our rucksacks and boots and hung our jackets on a row of hooks. On one side of the entry hall was a bathroom and toilet. In front of us was a lounge with fold up beds on one side and on the other, a small  kitchen and dining area. This was a tiny apartment (our  apartment in Rotterdam – 48 square meters – was huge in comparison).

We loved it.  This was the real deal. This is where ordinary working people in Belarus lived. This was travel.  We stayed there for four days, walking around Gorki and in to the nearby countryside.

We wondered how it was possible for people to privately rent out this apartment (it was something we would never find out thanks to the tyranny of langauge).  Ordinary working people and their families lived in these apartments. The blocks were state-owned. An apartment, along with work and access to the state run health system were allocated by the state bureaucracy. How had someone managed to rent out one of these apartments to tourists – and put it on Booking.com?

The following images were taken in the apartment block area in Gorki (the first photo is of the block where we stayed). 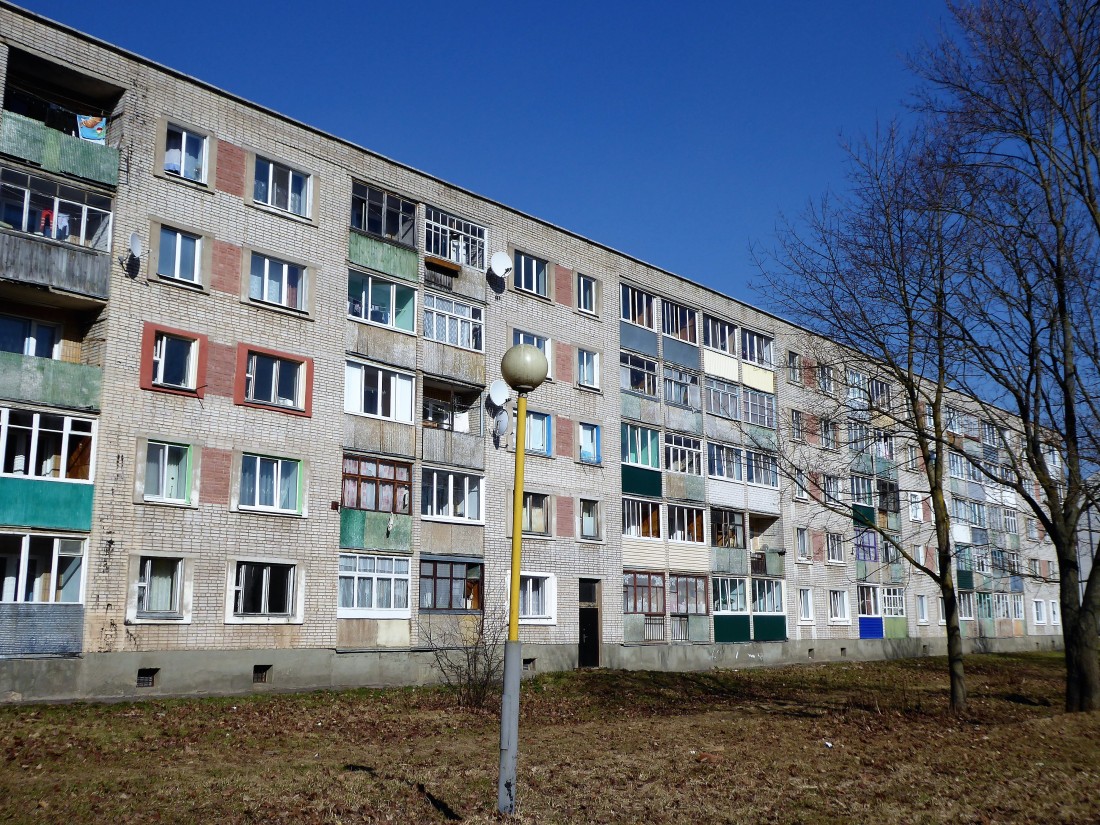 In the more modern apartment blocks, where middle class people live, there are escalators, but in the standard Soviet era style apartment block – like the one we stayed in – there are only stairs (I often wondered how the elderly people managed climbing four or five flights of stairs). 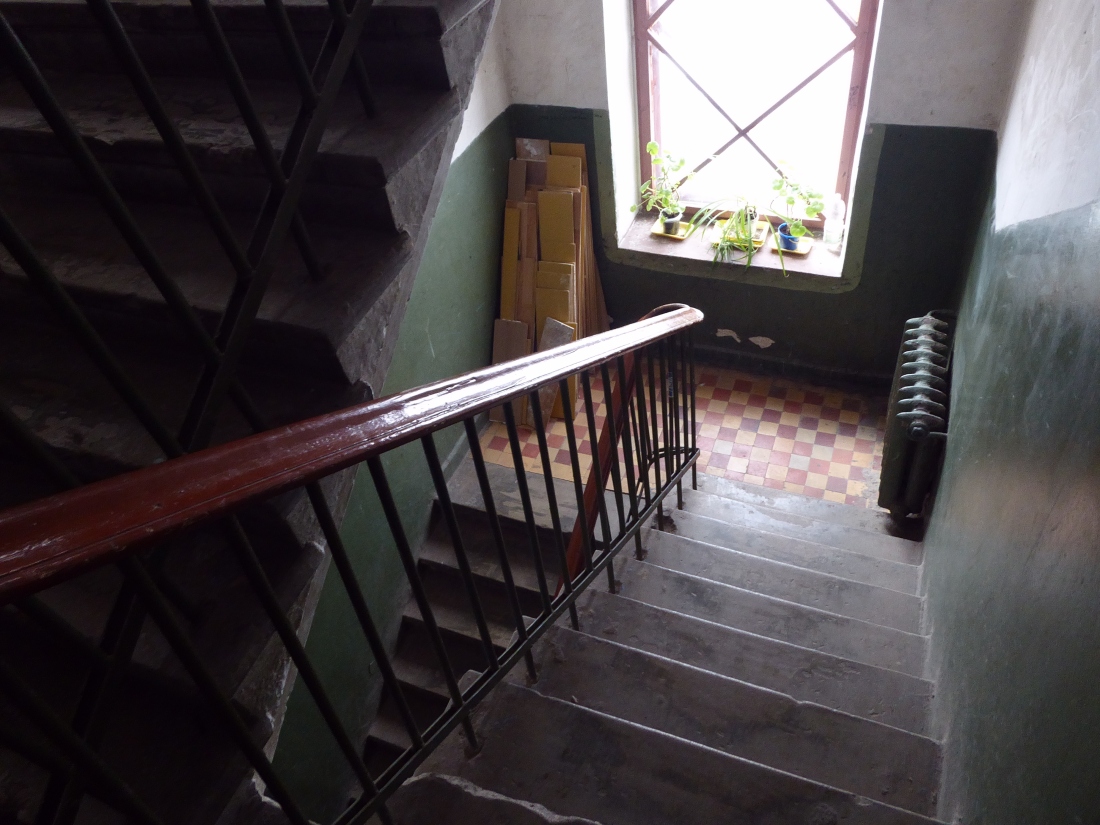 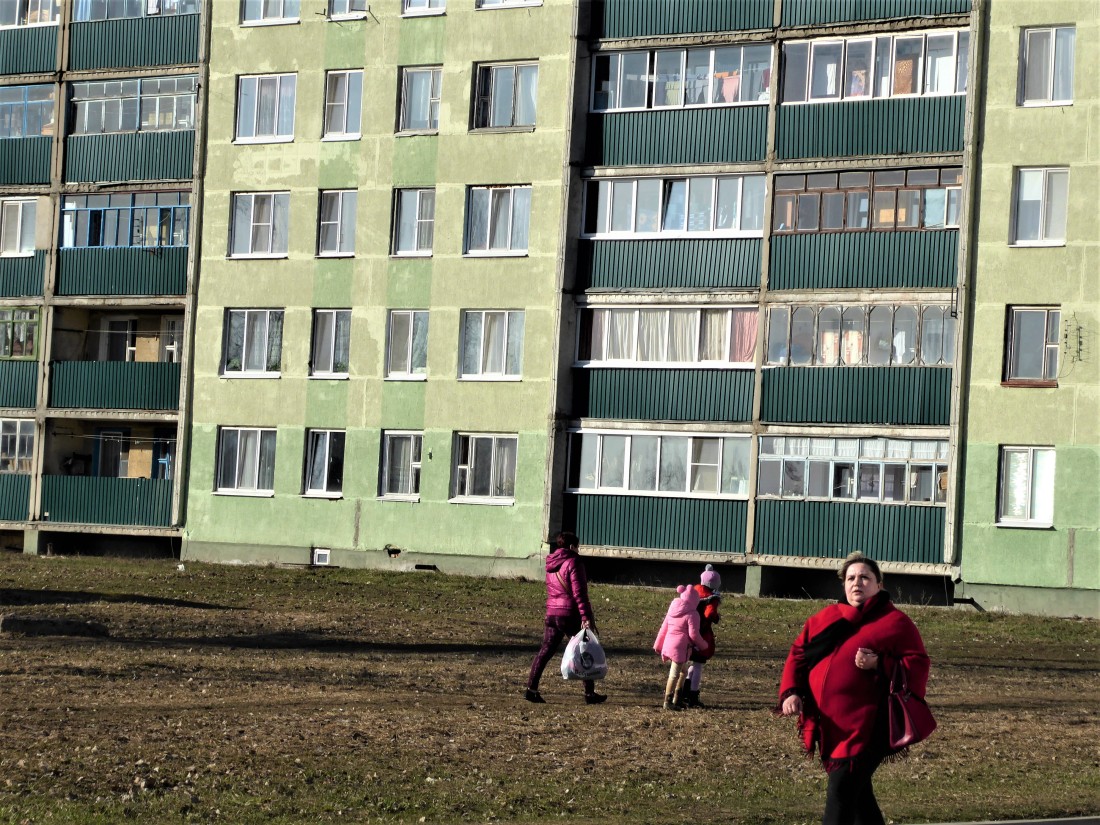 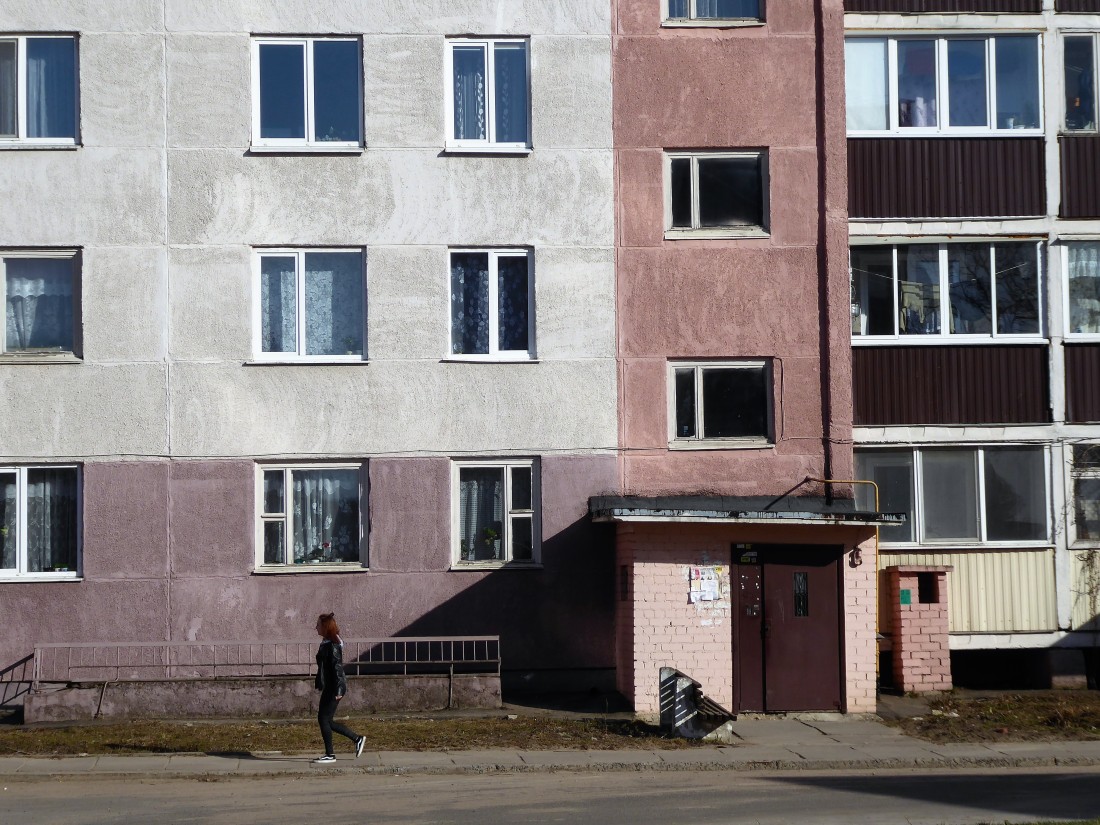 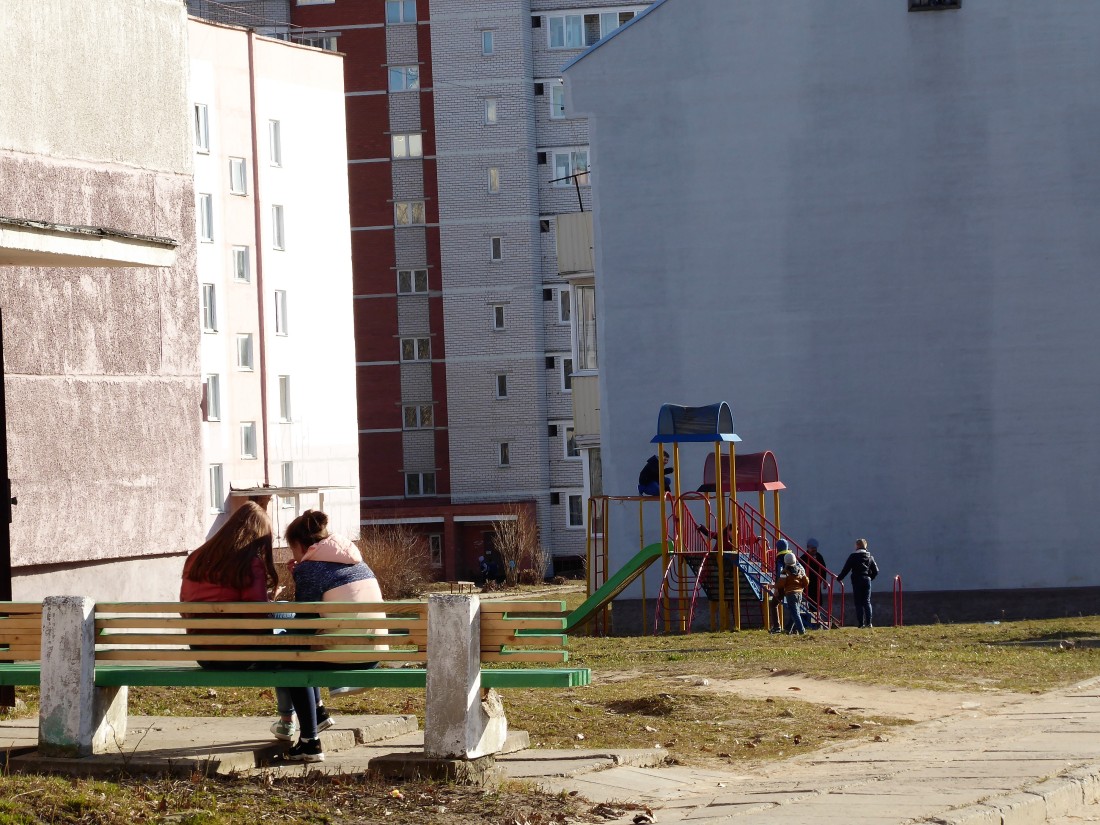 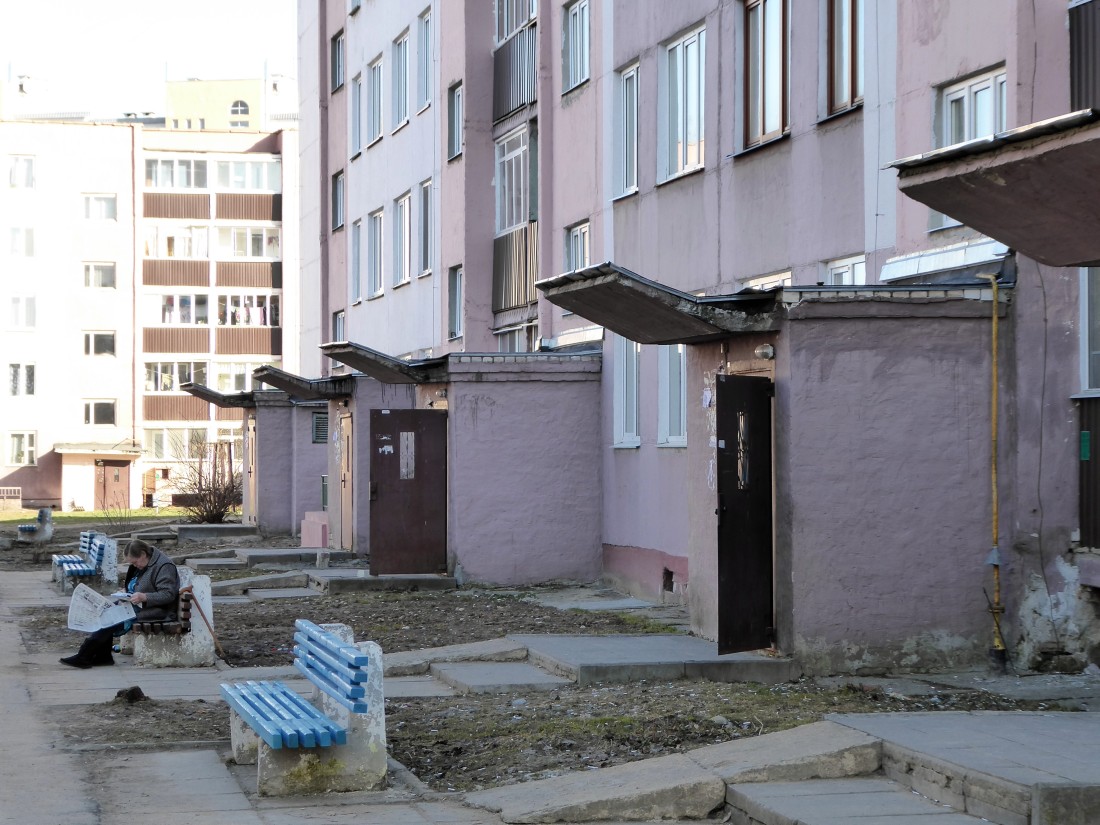 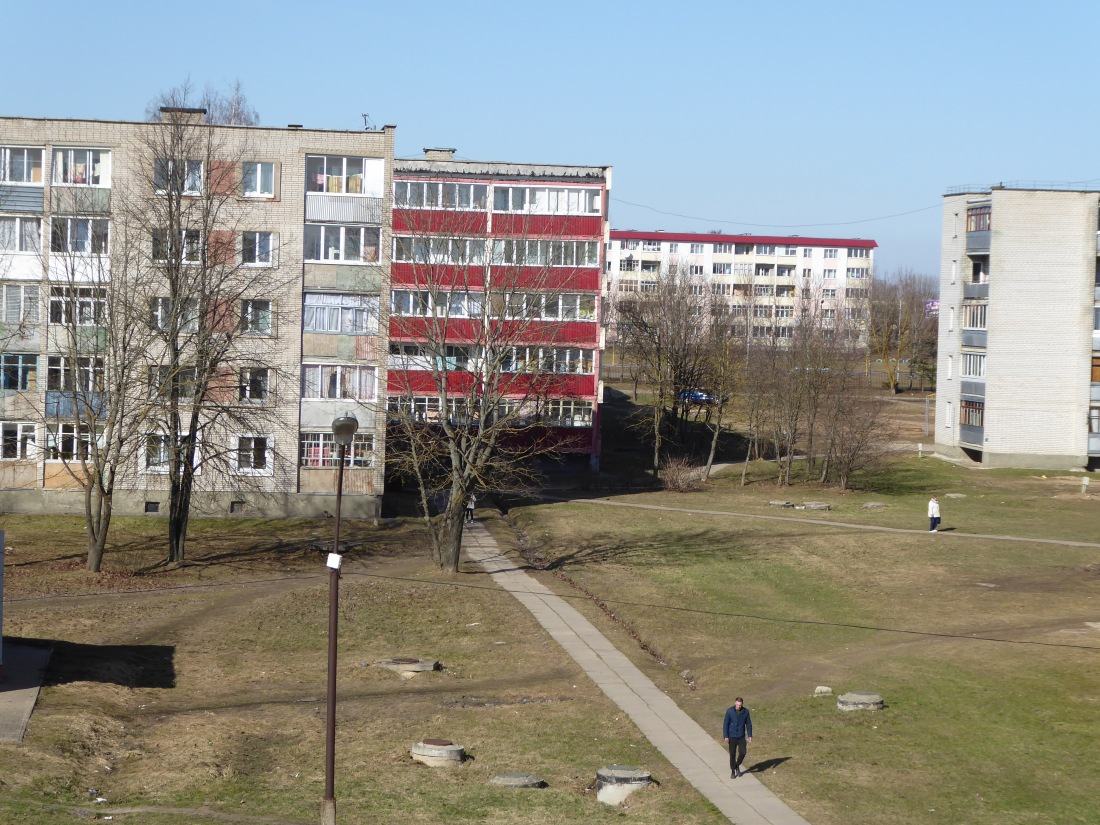 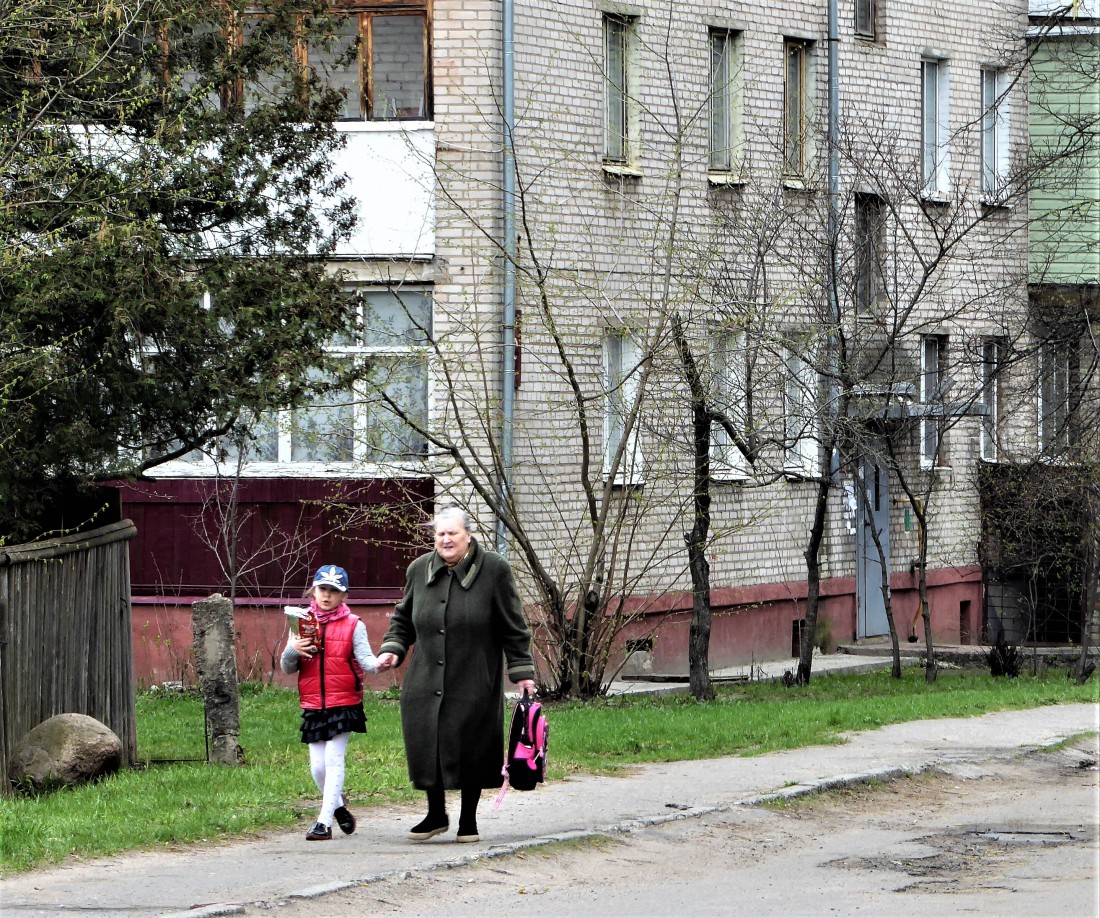 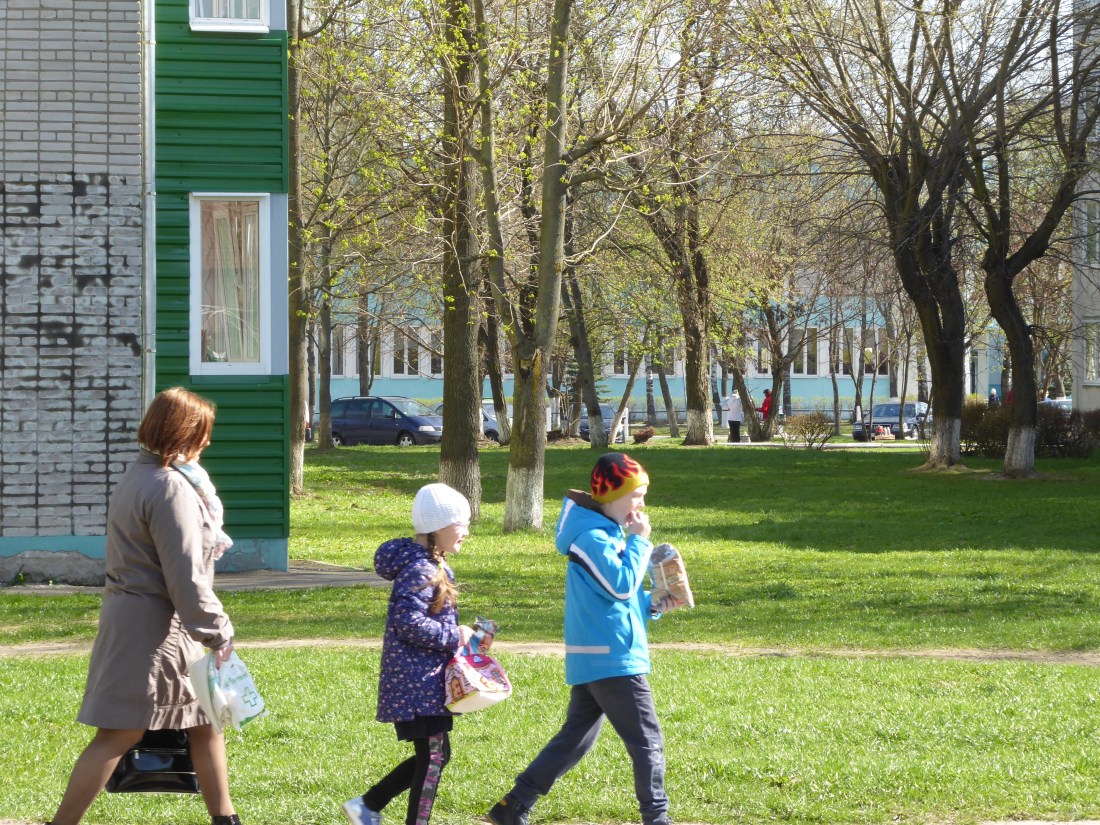 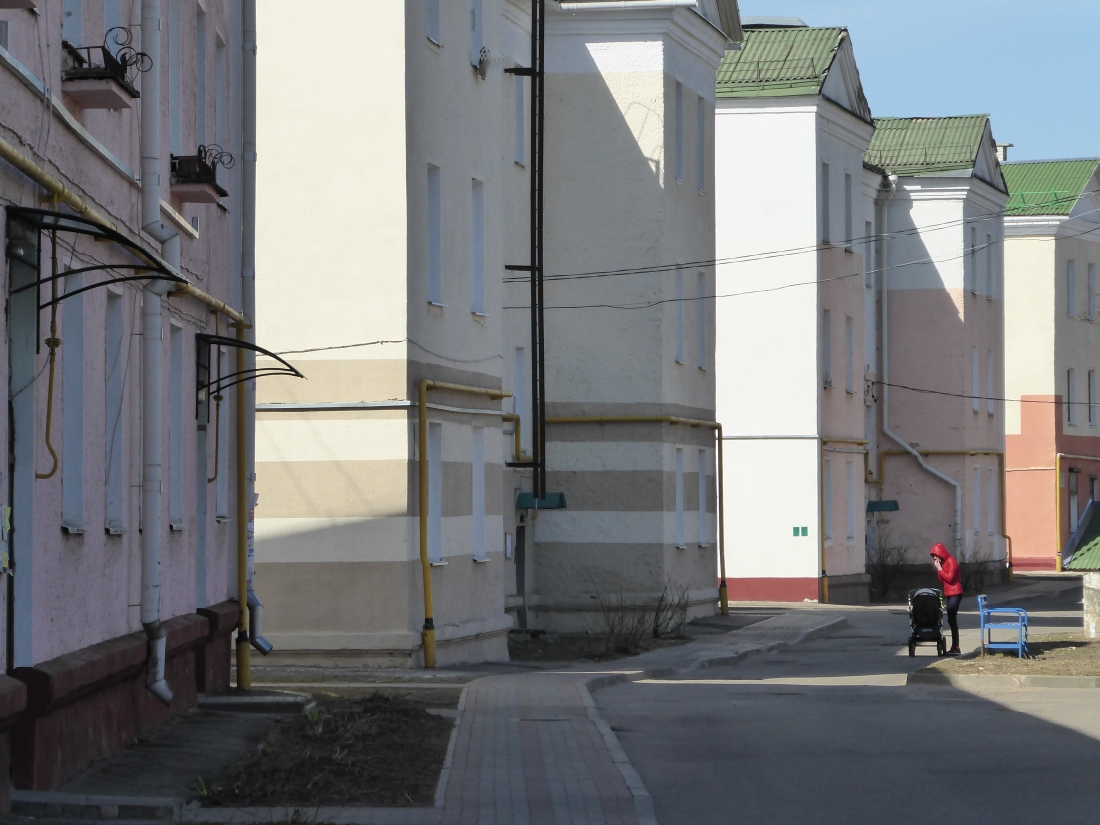 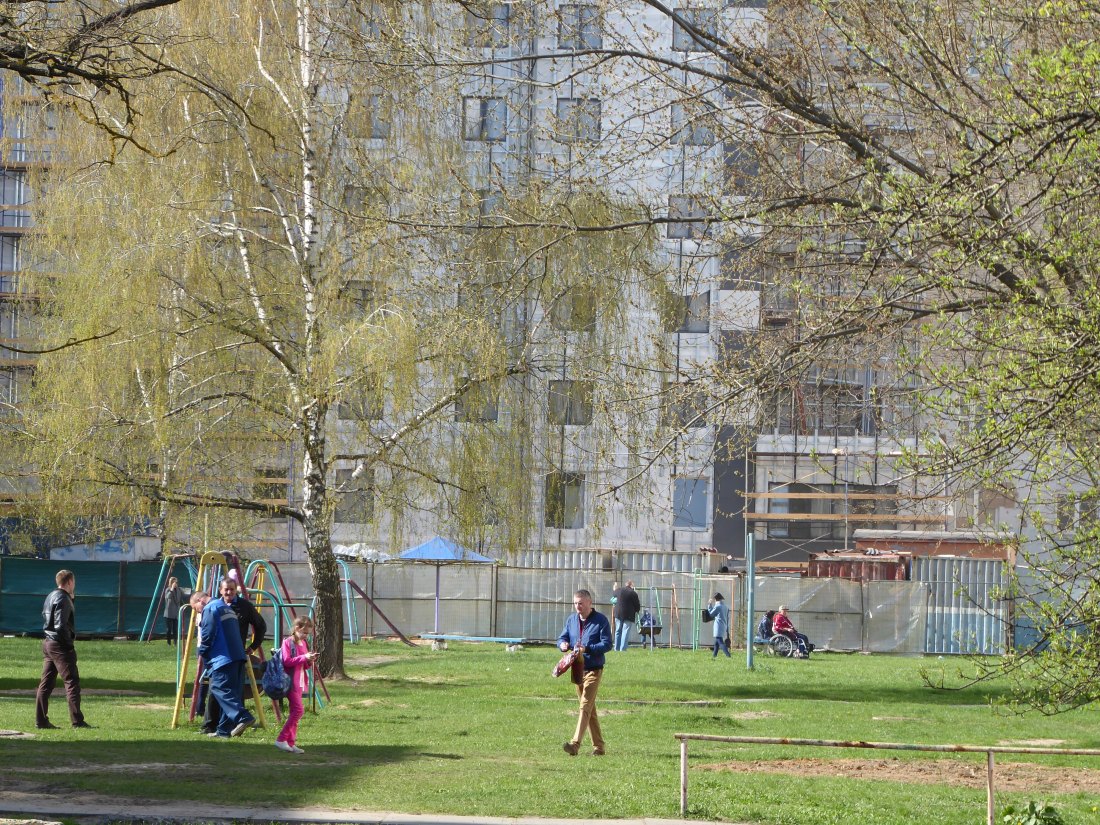 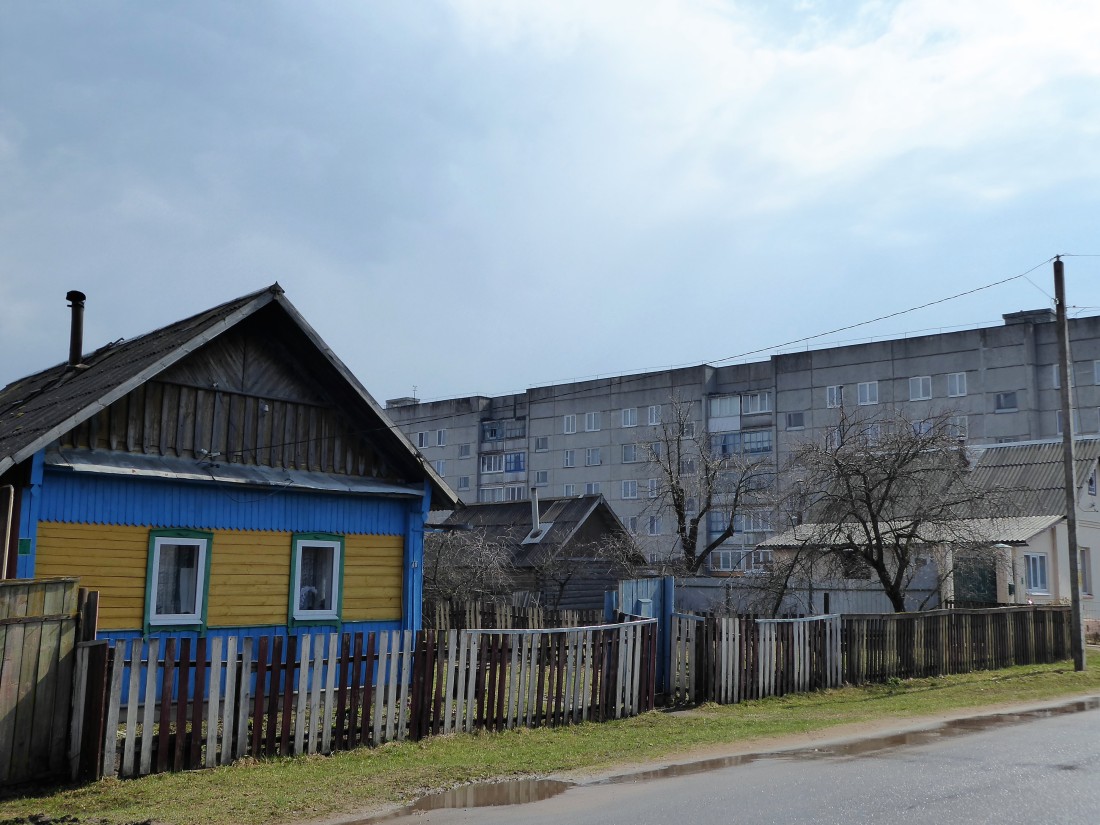 After departing Gorki, we went to a large city, where we stayed in hotel. The transition from a small apartment in a Soviet style block to a hotel room was extreme. I felt that something had been lost, had slipped through my fingers and could never be retrieved. In that basic, all too basic apartment in Gorki, we had experienced that enigmatic, precious feeling of being somewhere different, of having our horizons widened, of learning and thinking.

Tagged as: photo essay about travel in Belarus, photos from Belarus